Love what you do
One day and one night on Gambledown Farm - allowing our team the necessary space to disconnect from their devices and re-focus on their mental health and wellbeing.

You don’t need me to tell you that it’s been a strange last 18 months or so. So I’m not going to. In today’s blog, I’m going to talk about what, for us, is coming after the weirdness. We were finally able to get back together, in person, for our Fireside Wellness Retreat – one day and one night on Gambledown Farm. Time for socialising, relaxing, and thinking about what the future looks like for us as individuals. 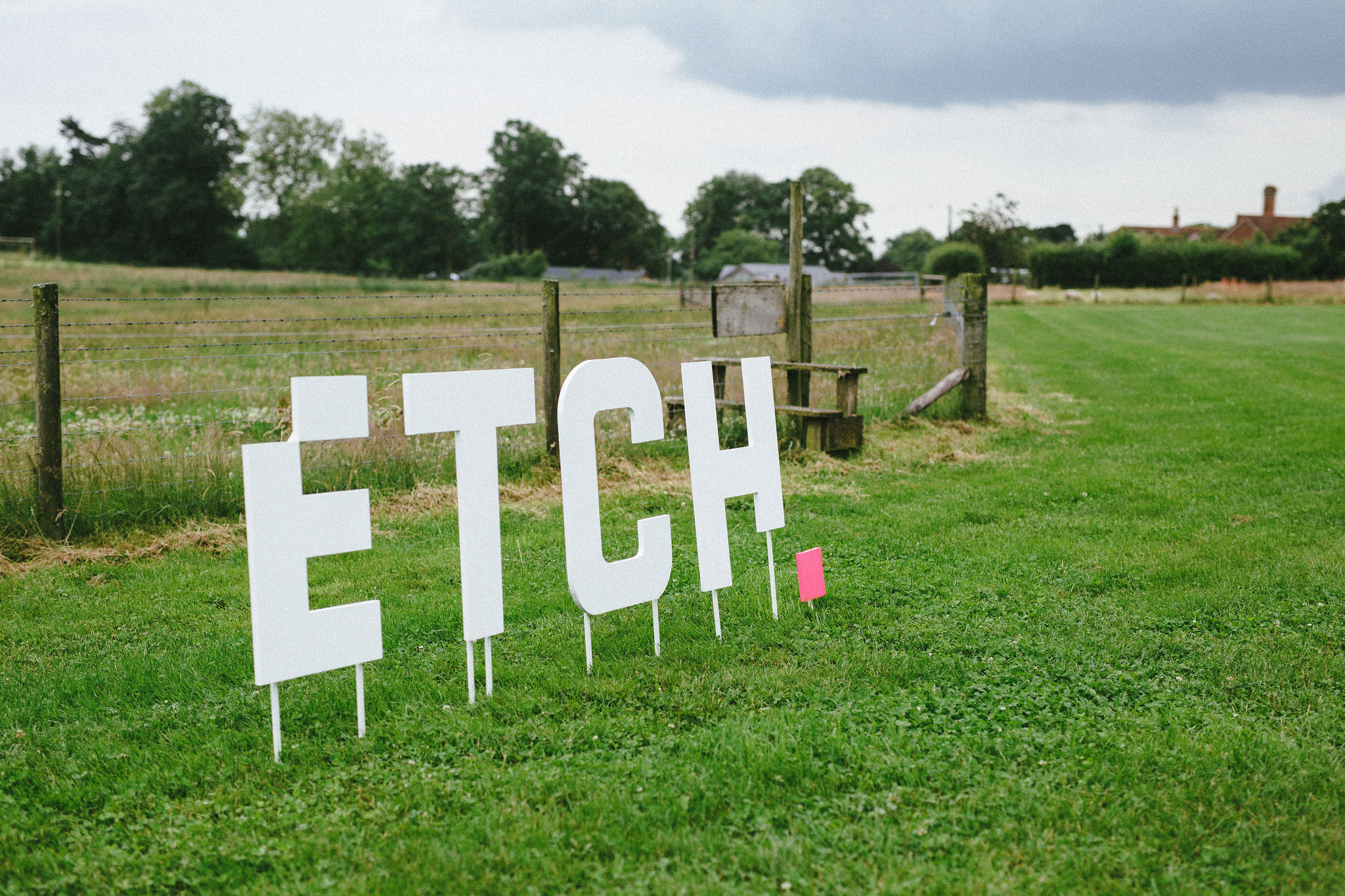 After lateral flow testing negative, it was all systems go with an evening of fun and games. 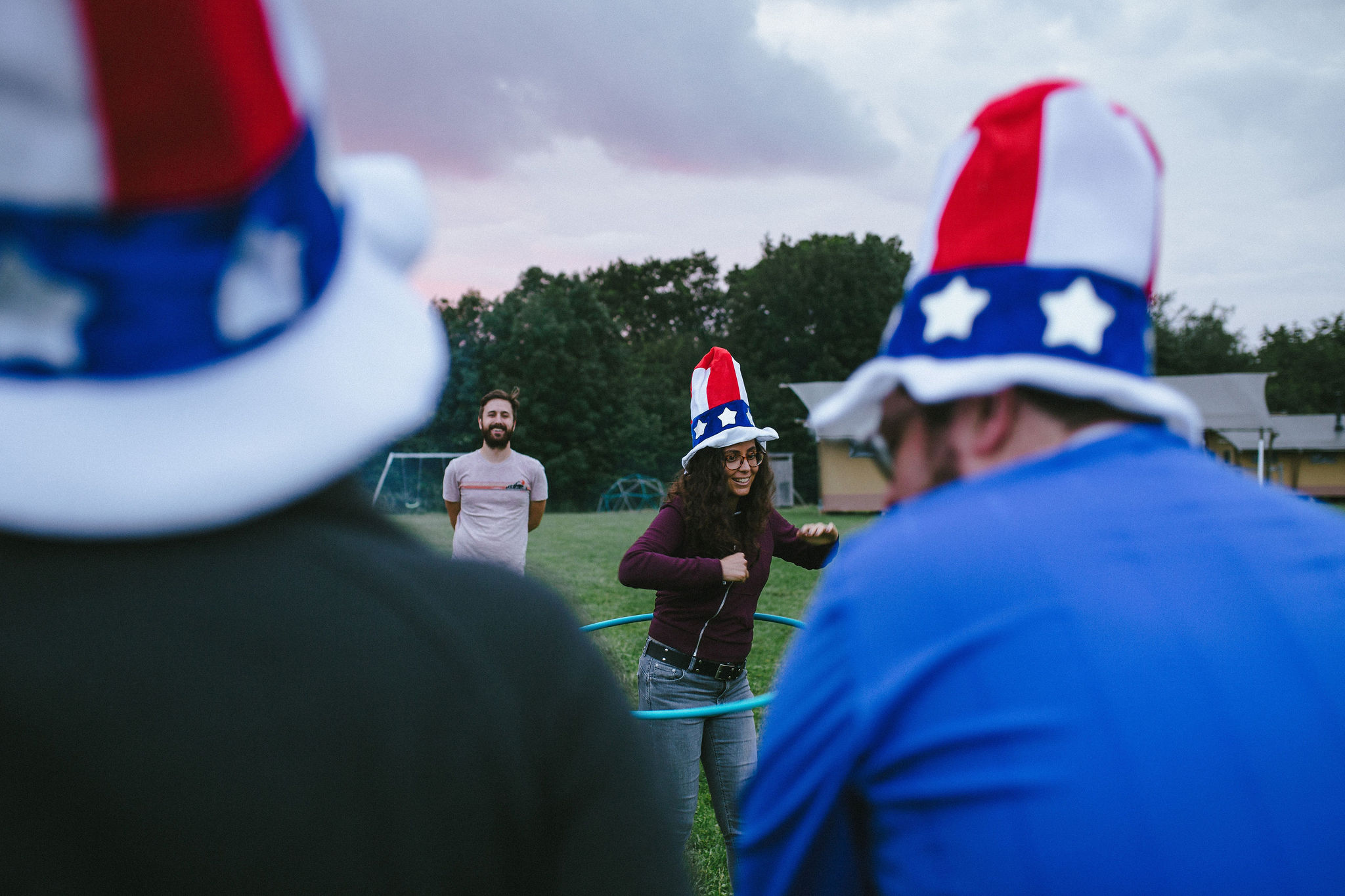 We started with the braai (BBQ), of course. Anyone who has been to an Etch event knows that we like to go big when it comes to food, especially if it’s grilled over an open flame - and this was no different. 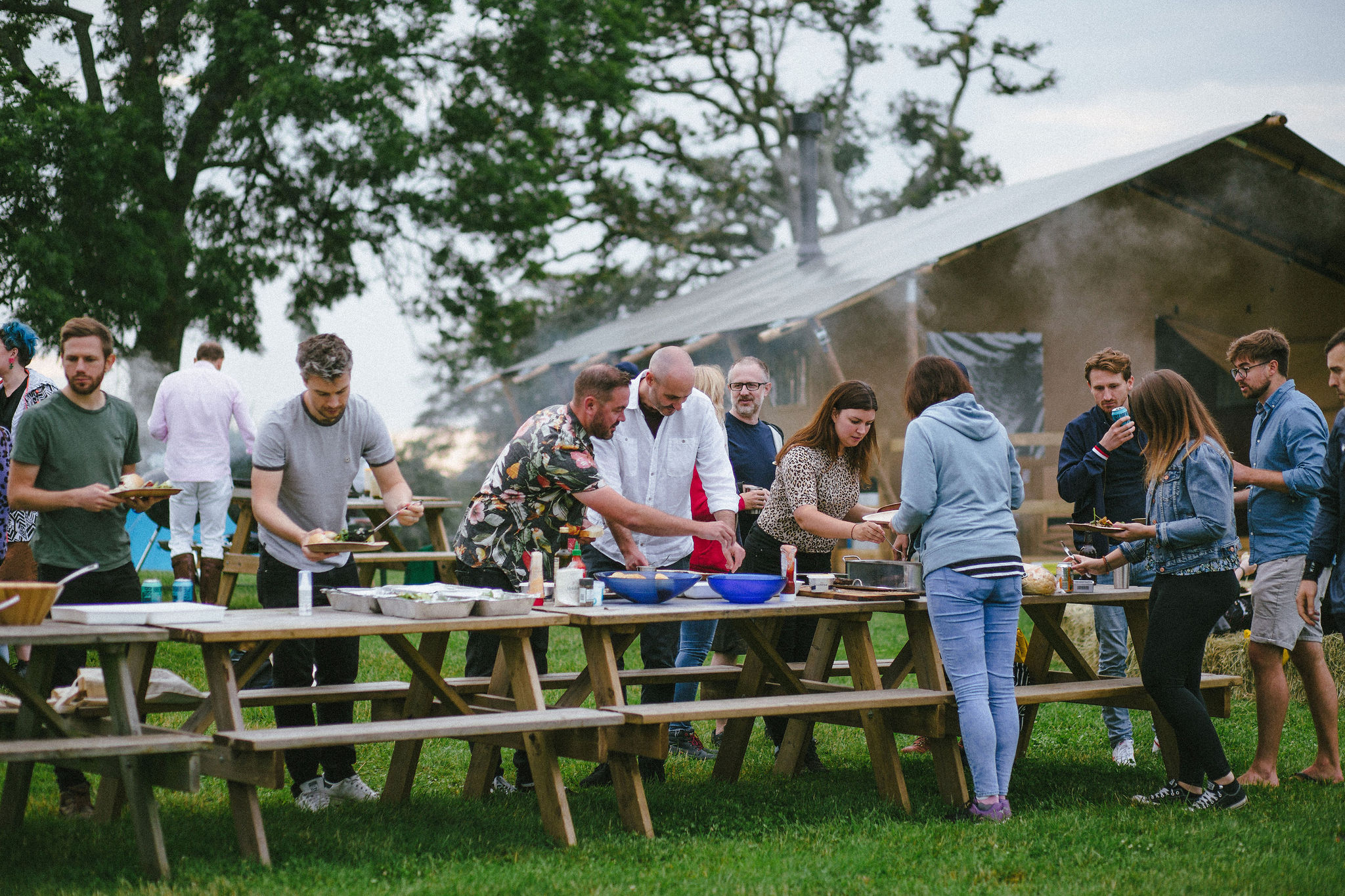 With bellies full of dinner, we then stumbled into the Etch Olympics. In large teams based around countries from around the world, we played newly-invented sports in a bid to crown our own set of Olympic champions. Sadly, the tournament was corrupt and my team (the mighty USA) were cruelly robbed of victory despite several strong performances in the hula hoop challenge, pool noodle throwing, and tug of war.

By this point, we’d had a few drinks, and the rest of the evening was a chance for us to drink more. With firepits lit and marshmallows at the ready, we had a classic campfire experience – and yes, someone got a guitar out. There’s always one. 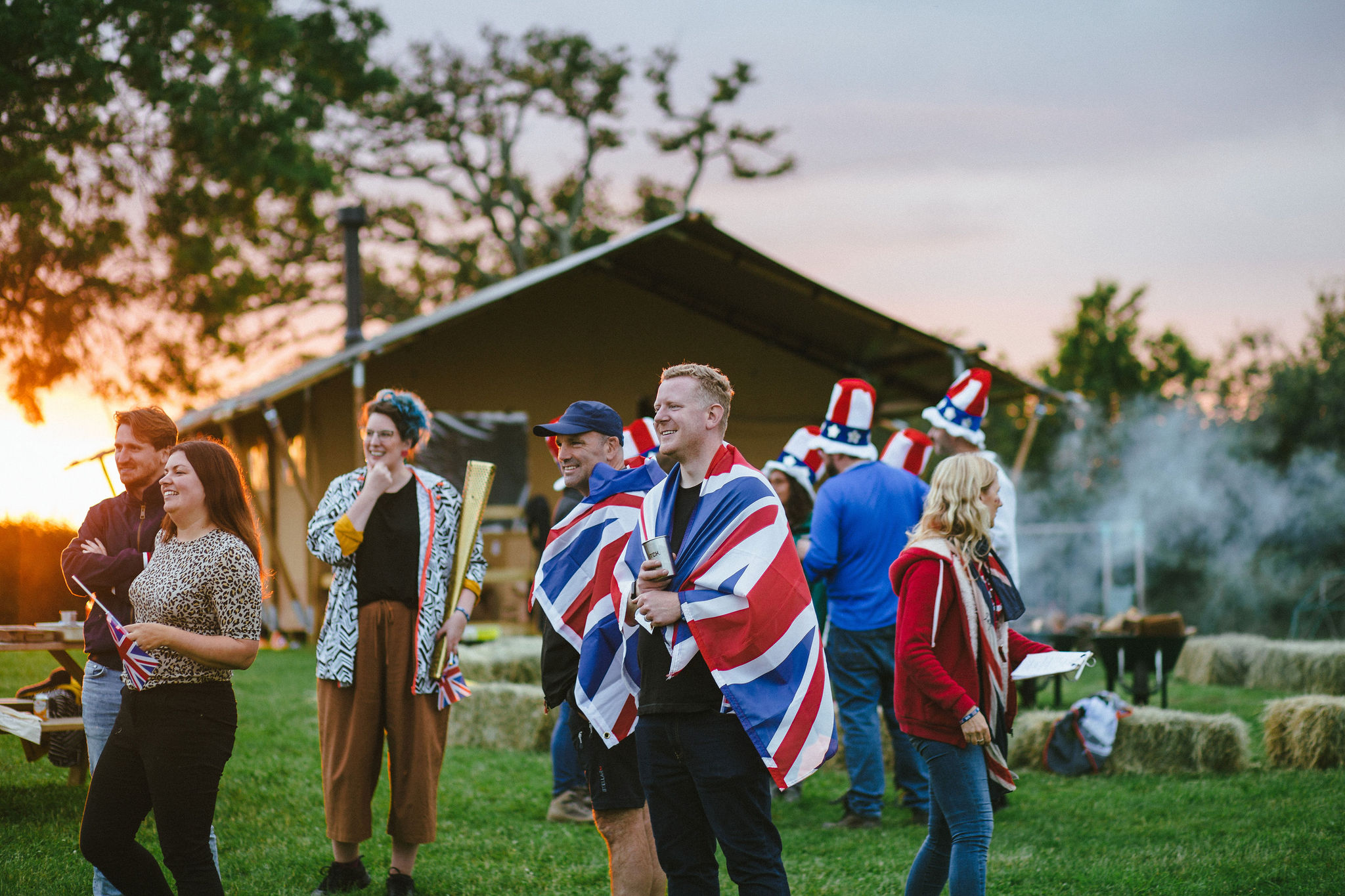 Our accommodation varied, but most of us had the luxury of staying in large glamping tents right near the firepits, which was pretty handy! Some snorers among us, myself included, made it difficult to get a full night’s sleep, which was an omen of what was to come… 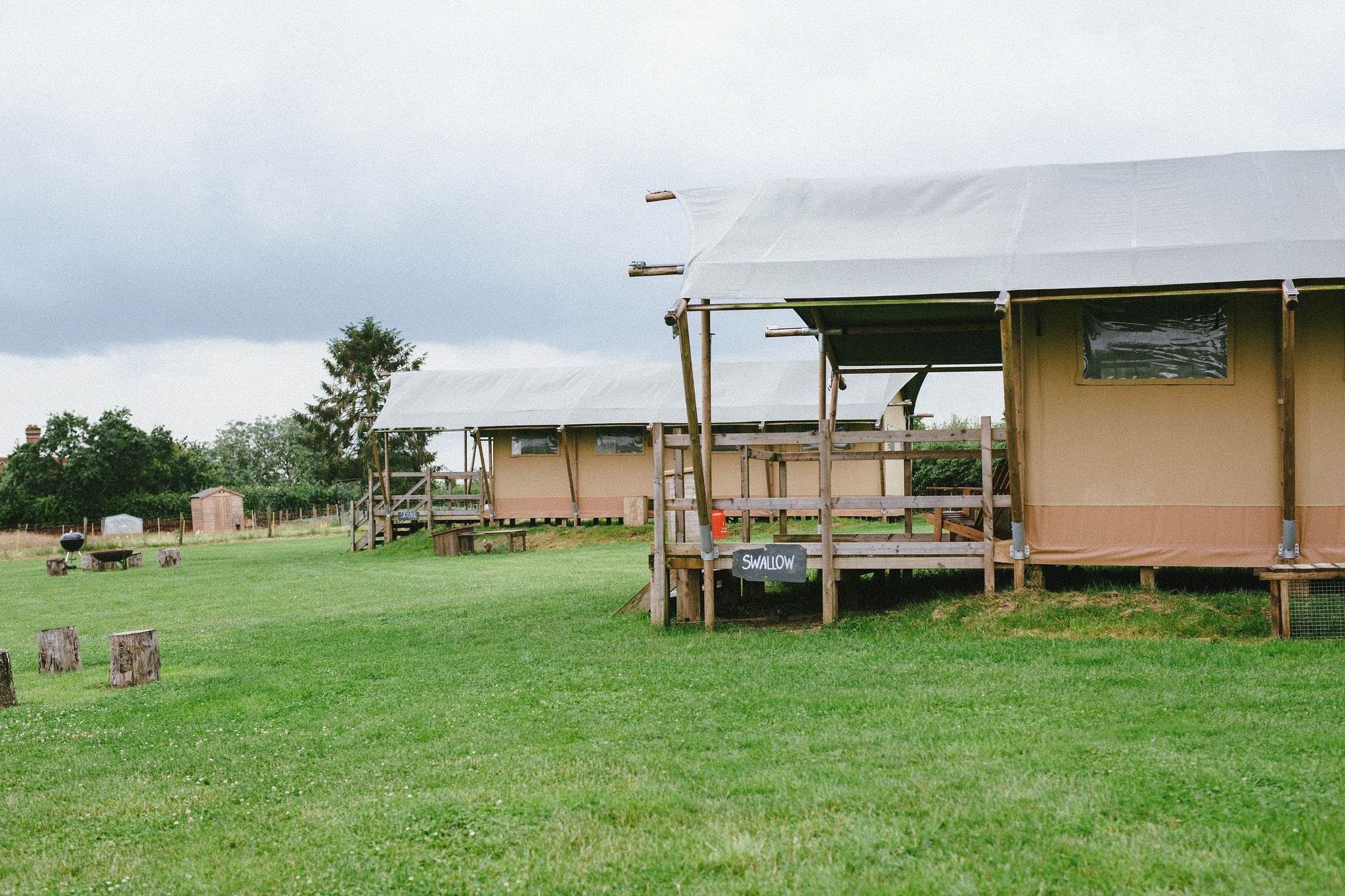 There’s a man in the tent and he’s yelling at us. When we stumble out into the fresh morning air, we realise he’s dressed up in army gear. Some of us are visibly distressed!

Later that day, we would realise that the man who had roused us from our sleep was none other than Jordan Wylie, star of Channel 4’s Celebrity Hunted. But for a few minutes there, on a bright morning in Romsey, he was not our friend.

Some of us did pilates, while others went for a run. Me? I did nothing, except shower and take my time packing up my gear after one-too-many drinks of rum from the night before!

After a delicious breakfast, it was time for our day of talks and workshops. We had a wide variety on offer, all with the overarching theme of increasing our personal wellness and following (or finding!) our true purposes in life.

There was Andy, who did an excellent job of bringing philosophy to a group of tired campers at 9am in the morning. The aforementioned Jordan Wylie took to the stage to talk about his life of adventure, in an inspiring talk – one of the crowd’s favourites, I reckon. Gabrielle taught us about financial wellbeing, and investing in our futures. And Meric Srokosz talked about the climate, and the responsibility we have as individuals (as well as the company!) to start tackling one of the biggest problems facing our world. 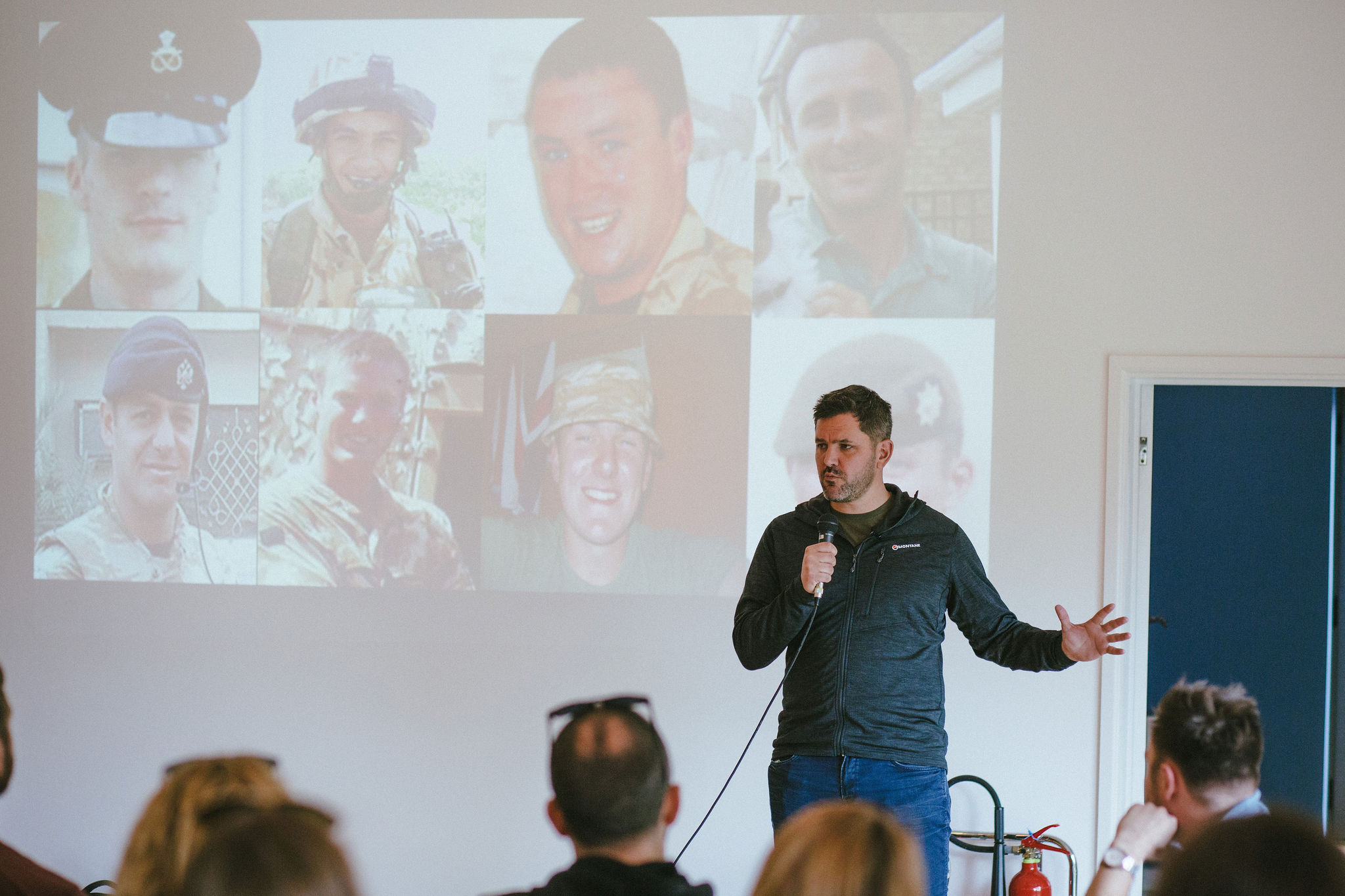 There was variety in our workshops too, and we all got to pick which ones we attended – so-called “easy” exercise for the unnatural athlete was my first choice, and let me tell you, I didn’t find it easy! But I did find it interesting and hopefully useful, on those days that I find the motivation to get moving but don’t know where to start. Also on offer were small group sessions about nutrition, parenting, healthy relationships and volunteering – each hopefully beneficial to the attendees in myriad ways for their future.

After that, there was only one thing left to do. Shelly took to the stage (or should I say, the haybales on the lawn outside!) and wrapped up proceedings. On a day with many impressive stories and miraculous tales, perhaps the most amazing of all is that Shelly gave a talk and kept to the allotted time she was given – sorry Shelly! 😀

Her talk summed up some of the themes that the day had really been about: Slowing down, understanding why we chase the things that we do, and planning for an always-uncertain future. The world is changing – even when there’s not a global pandemic – and it can be tricky to stay grounded and focused on the things that really matter to you. But taking the time to figure it out can be so worth it. I think that’s a message we can all get behind. 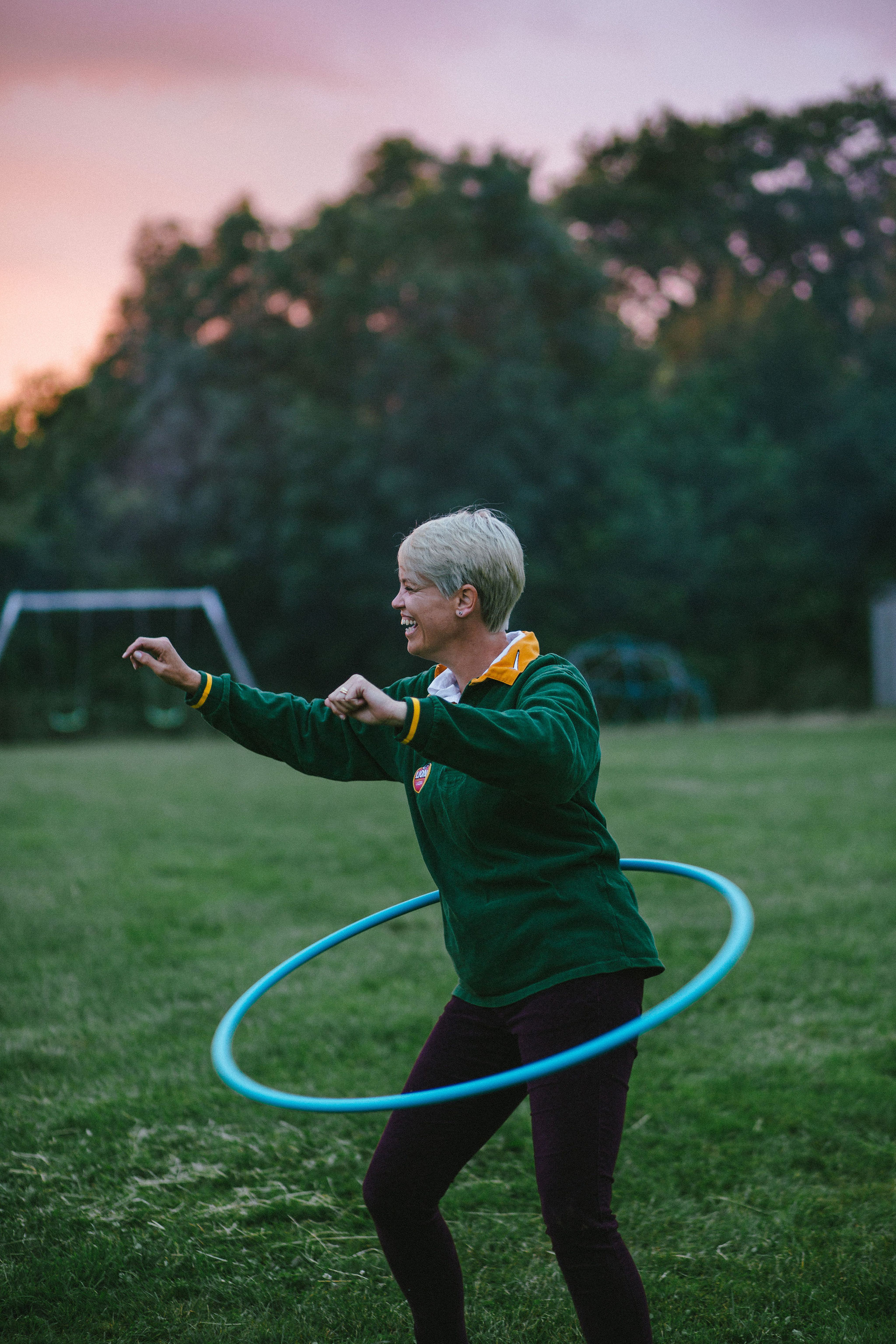 Did I mention there was ice cream? I had honeycomb flavour. Please don’t tell the guy who ran the exercise workshop!

One of the biggest benefits, perhaps even the single best thing about the retreat, was seeing everyone again. While I’ve been fortunate enough to be able to carve out social experiences with some of my closest Etch friends already in recent months, it’s been such a long time since we were able to hang out en-masse and be together as a team. 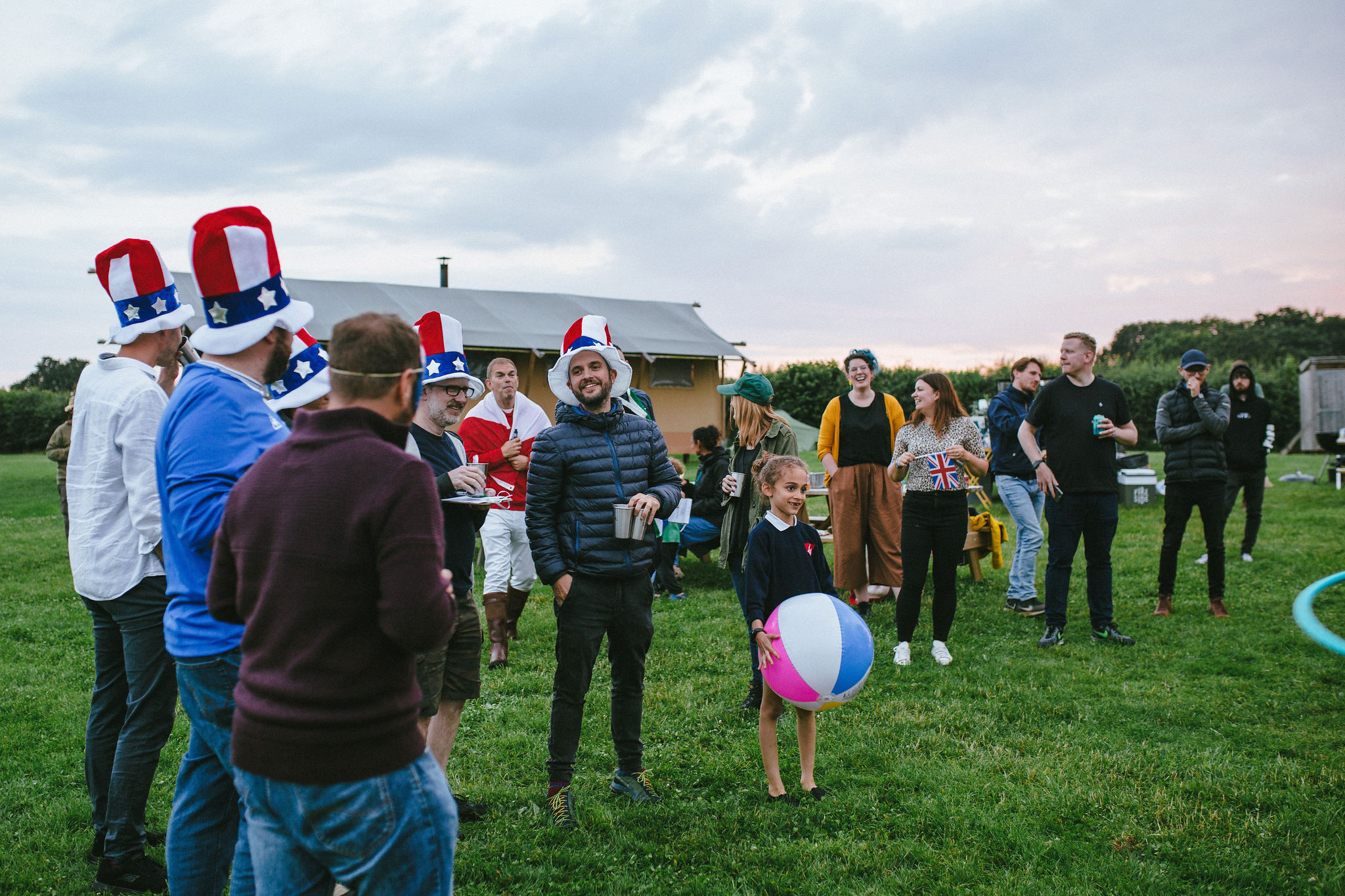 Even when they cheat at the fake Olympics, or burn their marshmallows, or snore in the bed nearby – these are the people you work with, and you’re still glad to see them. You spend so much time orbiting each other from afar these days, and it was a real luxury and a pleasure to actually be directly in each other’s atmosphere again.

I can only hope that the next event is on the horizon and heading our way.

As I left the farm, I felt… Mostly tired, to be honest. It’s been a busy month, and the retreat was jam-packed too! Did I mention the rum?

But beneath that, there was a sense of energy. I could feel it. I still do. Perhaps, on a deeper level, the batteries of what makes us human were being recharged: Recharged by social engagement with others. Recharged by the inspiring feats of people like Jordan Wylie. Recharged by the sense of purpose that you only find when you stop, take a deep breath, and imagine what life should be.

The tents are packed away now. The bar is closed, for the moment, and the firepits are empty. But the fire itself has been lit. Let’s see how far we can carry it, shall we? 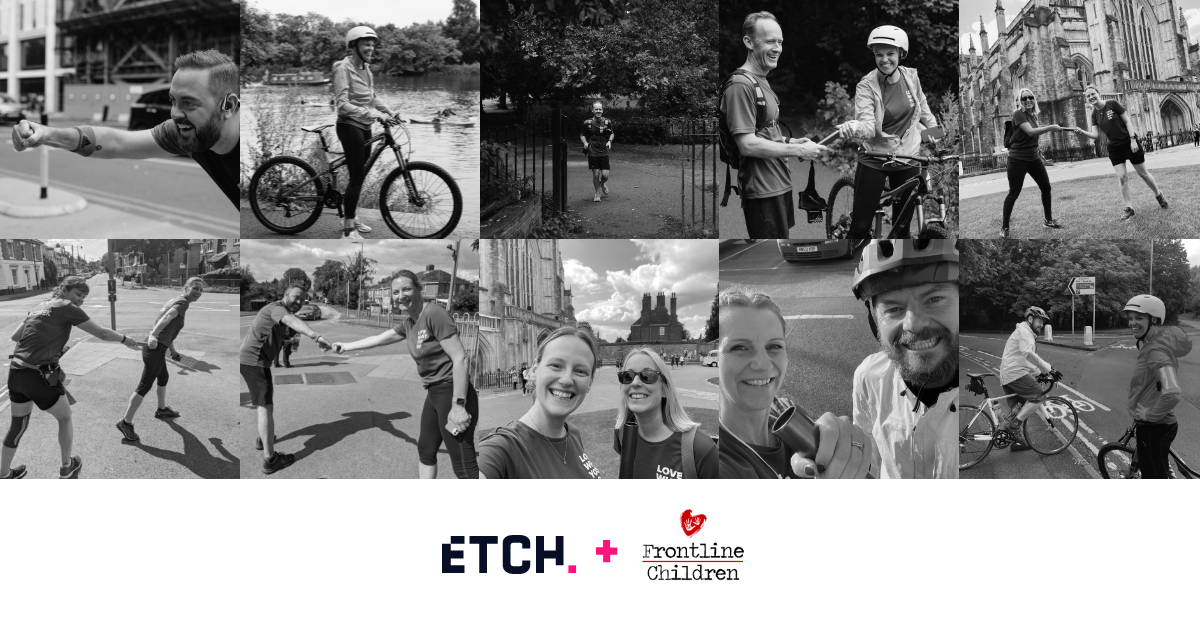 Team Etch take on 180 mile relay
24 Sep 2021 - 1 minute read
In August, we laced up our sports shoes and took on a team relay to connect our two most distant Etch-ers. Over the weekend, the team took turns to walk, run or cycle their leg, handing over the bright pink baton to their successor. Find out how we got on.
Read more

How We Ditched The Office Within 6 Months
Looking for advice on closing your offices and going fully remote? Read the Etch story of how we ditched our office in 6 months and went remote-first.
Read More
Business ecosystem development: The top 5 roles every ecosystem needs
Central to business resilience and growth in a post-pandemic world is the concept of a business ecosystem. Learn the top five roles that every ecosystem needs.
Read More

How We Ditched The Office Within 6 Months
Looking for advice on closing your offices and going fully remote? Read the Etch story of how we ditched our office in 6 months and went remote-first.
Read More
Business ecosystem development: The top 5 roles every ecosystem needs
Central to business resilience and growth in a post-pandemic world is the concept of a business ecosystem. Learn the top five roles that every ecosystem needs.
Read More