Love what you do
The Etch Spotlight series is your chance to meet the hugely talented people who make up the Etch Community. In this Spotlight, we meet Poornima Nayar, Freelance Senior Developer. 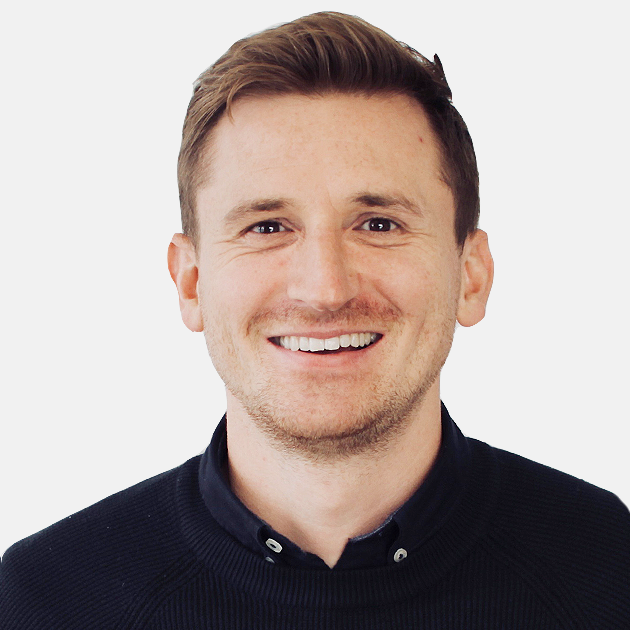 The Etch Spotlight series lets you get to know the talent that makes up the Etch Community. Find out their successes and challenges, how they got started, and what they like the most about working with Etch. This week, we meet Poornima Nayar, Freelance Senior Developer.

Hi Poornima, please briefly explain what you do as a contractor?

Hello, I'm a senior developer, currently working in a lead developer capacity. I've been doing web development for the past 15 or 16 years. I'm hands-on, but more than that, I oversee the mentoring of others.

Tell me your story; how did you get to where you are today?

I found out that I wanted to be a developer when I was doing my graduate program. I am not someone who comes from a computer science background. My degree is in engineering, and I'm really an Electrical & Electronics engineer. But computer science was a core aspect of my degree; for example, we learned C++ as part of the curriculum, and that's when I figured out that programming was what I wanted to do.

I was born and brought up in India. It's where I went to University. Being a software developer was extremely glamorous back then, and I managed to get myself an equally glamorous role at Oracle. When I moved to the UK after my marriage, I continued to be a web developer as I just loved it so much. My husband was already living here in the UK, as he did part of his education here, so it was exciting to marry and then move abroad to pursue my career interests.

How did that go?

As the UK was completely new and such a different culture, I took some timeout to settle down into my new rhythm of life here. That might sound silly, but even the weather was a massive thing to acclimatise to. I come from the south of India, an extreme tropical climate. The concept of having seasons was entirely new for me. So that was huge.

After about six months, I got my first role as a junior developer at a recruitment agency. I continued to do in-house roles at various organisations every 2-3 years until 2013 when I moved to a big agency in the city, and in 2014 I had my baby.

I decided to go freelance after my child. Umbraco was a skill set I already had, and I knew I wanted to build on top of it. I had some excellent mentors who told me that it might be easier for me to settle down with a freelancing job rather than having a permanent job in the city because that gives me the flexibility I need for my child.

So I decided to further train up in Umbraco, attend all the meetups and conferences. Really to double down on this as my primary skillset. And so, for six years now, I've been an Umbraco freelancer. During this time, I did all my certifications in Umbraco. I became an active member of the Umbraco Community, a fantastic group of people who discuss the latest changes and developments.

What motivated you to become self-employed?

Then flexibility was the only key factor because I wanted to be there more for my little girl. A mother needs to be there for their child more than anything.

Also, when I look back now, I feel that I wouldn’t have learnt as much as I have learnt now had I just stayed on where I was. The company were planning on promoting me to a technical leadership role, which is less hands-on. I would have been dealing with client after client, attending meeting after meeting. I wouldn't have been able to justify that role, and secondly, I wasn't sure whether that's the kind of role I wanted to do either.

Given the pressures, my learning would have slowed down. I would not have professionally developed with my knowledge. And that's the beauty of being a freelancer. I keep myself as up to date as I can. It's a challenging task, but doing so allows me to know what is going on in my world. I get to speak at technical events, and as such, my knowledge is on par with anyone out there. This just simply wouldn't have happened had I stayed on in a permanent role.

I'm someone who firmly believes in learning. For my husband and me, learning doesn't stop. This is our principle and guiding light that we teach our young girl – that learning never stops. And it's the continuation of the learning process that I get being a freelancer that I find so lovely and pleasing.

What are your highlights since going self-employed?

I'm proud to say that for the third year running, I'm an Umbraco MVP. I never imagined I would be an MVP. I remember when they first emailed me about it. We were refurbishing the house, and I barely had a bed or a chair and desk from which to work. I was jumping up and down, screaming. And all the workers rushed in, worried and asking what was happening. I remember having to pinch myself, asking myself, "Is this for real?" And ever since then, I've kept up the community activity because I like giving back. Also, I've completed a few Microsoft certifications as well, and right now, I'm excited to say that I'm in my first year of being a Microsoft MVP as well. The nomination came in on my birthday! It was crazy; I was so happy.

I am an international technology speaker. I have spoken at meetups and conferences from the USA to Australia for Umbraco and Microsoft. I get to meet many inspiring people, which is always fun. One of the fun things I got to do was be part of Microsoft's video about upskilling and learning. So in March, the entire crew were here to shoot at my home, following COVID protocols, and everyone from the family was involved; they also captured a moment where we Facetimed my parents in India, and that was just fabulous.

What have you found the most challenging? Why?

Working from home was always troublesome. But thanks to the pandemic, this doesn't seem to be as much of a problem anymore. Generally, I will always keep an open attitude. For example, I don't mind having to prove myself for the right client, but sometimes, my accolades and experience are looked down on, and I'll be asked to prove myself for the sake of it. This I don't particularly appreciate because sometimes it's really not worth it.

As we've previously mentioned, constantly being on my A game is a challenge. And with freelancing, things can go either way at any point in time, so just making sure that I work and there's continuous work, that's a challenge in itself.

Sadly, I've been part of some nasty contracts in the past, where I just couldn't continue anymore because it would be like throwing away every professional principle that I had set for myself. So there have been times when I have had to give it up and seek something elsewhere, where it is much more peaceful and calm, and I can work with my head down.

What are you currently working on with Etch?

How did the opportunity with Etch come about?

Through the Umbraco community slack channel, Steve (Hart) posted a message saying Etch was looking for freelancers. I then had conversations with Steve and Phil (Dye), who I had met briefly in the past. And one of my previous mentors, Bijesh, worked at Etch a while back, and he recommended Etch to me.

Why do you enjoy working with Etch?

The work is excellent. There's an outstanding amount of organised work happening, but I think what makes it so good to come back the next day and look forward to the next day work-wise is the team I work with. And a good team is so important.

Even if the work is top-notch, even if the technical architecture you're building is top-notch, there is absolutely no way I'm coming back if the team and people are not worth it. It's the team that makes the real difference for me. Even where there are highly critical issues, the team are always incredibly supportive. So yeah, I love it because the team makes the difference.

How does working with Etch compare to other agency groups?

James Perrin was speaking to Poornima Nayar as part of the Etch Community Spotlight series. The Etch Community gives digital professionals a platform to grow, and a place to belong. It is for freelancers, business owners, and fellow agencies looking to grow their business by plugging into a community of top digital talent. Visit The Etch Community for more information. 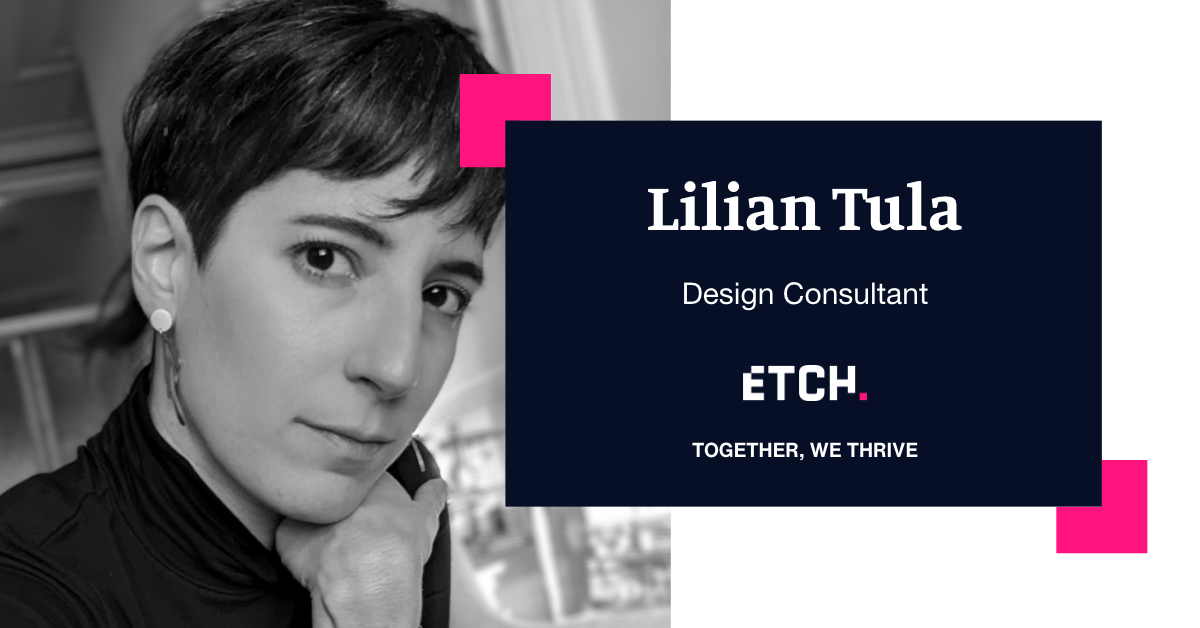 Etch Community Spotlight with...
14 Feb 2022 - 5 minute read
The Etch Spotlight series is your chance to meet the hugely talented people who make up the Etch Community. In this Spotlight, we meet Lilian Tula, Design Consultant and Founder of Goody Please.
Read more