What if Jet Set Radio Future returned with a mystery? 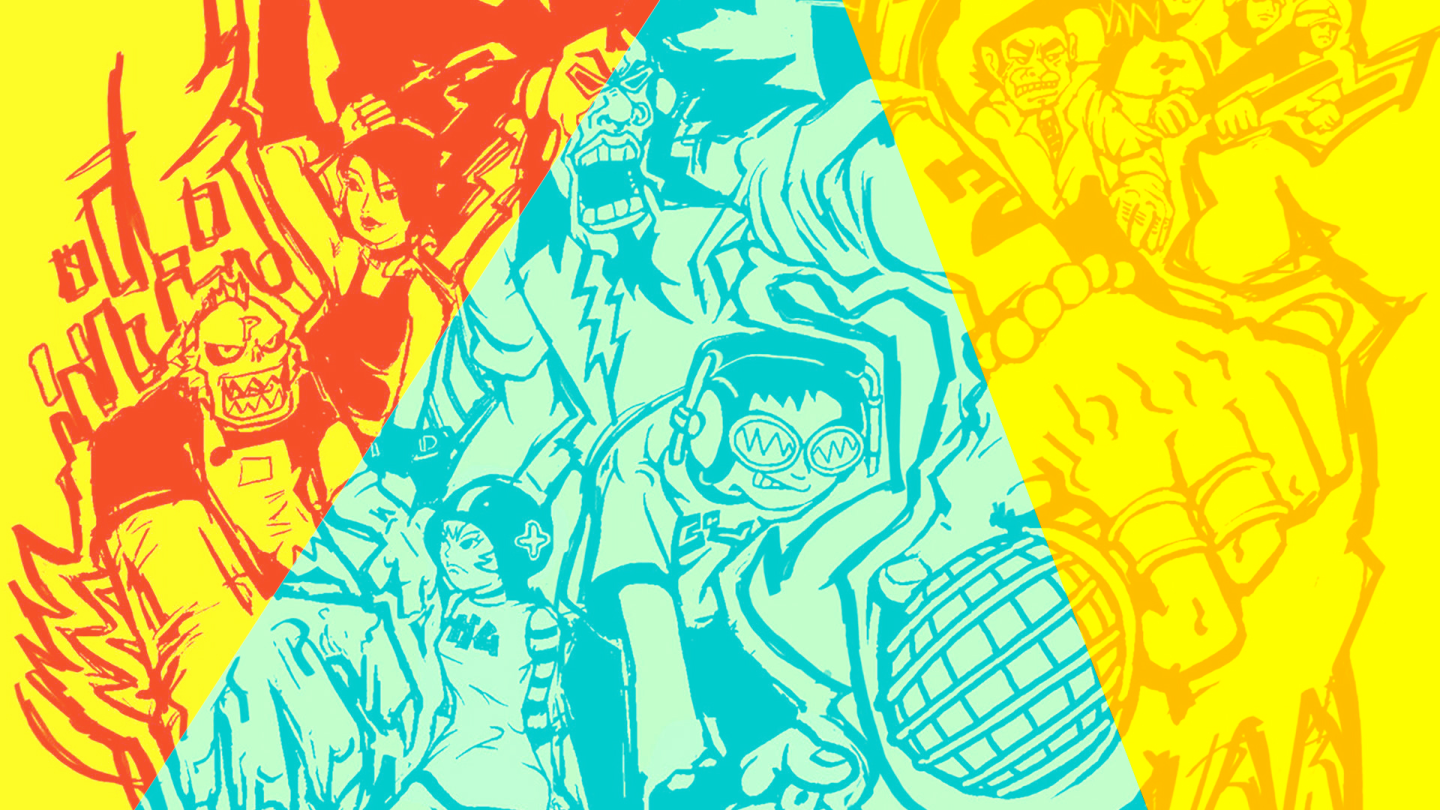 We live in a golden age of remasters and re-releases. Fan favourites from yesteryear are routinely resurrected, given a visual overhaul, sometimes even a complete overhaul, and released again anew. Crash Bandicoot, Shadow of the Colossus, Halo, Call of Duty, The Last of Us, and many more besides.

One game that has, at least at time of writing, resisted this phenomenon - is the cult favourite original Xbox game, Jet Set Radio Future. But it is something fans regularly ask for on social media, and recent reports suggest that SEGA may be working on a high budget reboot of the series.

As part of our “What if?” series, we here at Etch Play like to imagine how the core experiences of games can be made into expanded experiences with companion apps, websites, and marketing campaigns.

With that in mind, today we’re imagining a world where a remaster of Jet Set Radio Future (or a sequel, we’re not fussy!) is on the cards. And taking a look at how we’d help to market it. Allow me to introduce…

Back to the Future

If you’ve played Jet Set Radio Future, you’ll know that it is the sum of several impressive parts. There’s the striking visual style, bringing you into a world of righteous rollerbladers and the corrupt police forces that seek to oppress them. There’s the gameplay, which revolves around turf wars and graffiti tagging in locations. And an incredibly good soundtrack, listened to in-game via a pirate radio station.

All of these components, what we would call the game’s DNA, seem ripe for an Alternate Reality Game, or ARG for short. ARGs are essentially puzzle games in their own right, typically divulged over the internet and solved by hardcore fans who sleuth their way through a variety of marketing collateral often including (but not limited to!) elaborately built in-universe websites, phone numbers, and live events at physical real world locations.

What would an ARG that promoted Jet Set Radio Future look like? 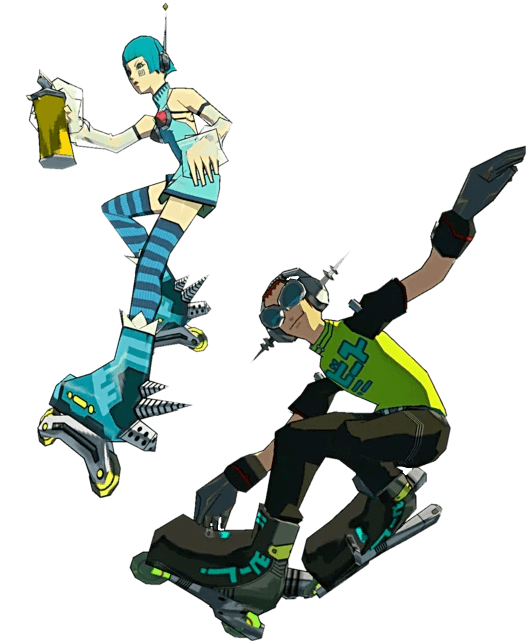 All ARGs start somewhere, and the eponymous radio station, Jet Set Radio, is an ideal way to get players on-board. By offering an online portal where fans can tune in and listen to “live” radio hosted by Professor K from the game, potential ARG players would start to get hints, in-between songs from the soundtrack, that all is not right with the signal…

The station stream website would fit in with the aesthetic of the game itself, using thick outlines, bold colours, and familiar typography.

When a sufficient listener base has been established for the ARG, the radio station goes offline, shut down by a high-tech signal jammer. The only thing that remains is a cryptic message, that the site shutdown has been authorised by the mayor of Tokyo-to, the futuristic version of Tokyo depicted in the game.

By searching the radio stream website, savvy fans will be able to find their way to the official website for the local government of Tokyo-to. Again in-keeping with the established aesthetic, this site allows ARG players to explore promotional material encouraging tourism to the city, as well as news articles and advice pages about the laws the mayor has been introducing that crack down on freedom of speech and expression, and expand the police force with aggressive hiring policies.

It will also be possible to find an administrator access login, which is a puzzle to be solved – once the solution has been entered that allows users access to edit the content of the website itself, allowing them to deface the pages of the website, evoking the idea in the game of graffiti defacing public spaces as an act of protest.

The next clue, buried in the administrator portal, is a hint that some information from the site is crawled and scraped by another website… The website for The Rokkaku Group, a megacorporation who have taken over the city.

The Rokkaku Group is an evil corporation, with a capital E. Their website however, presents the front that they display to the citizens of Tokyo-to: That they are a benign company with the best interests of the population at hand. 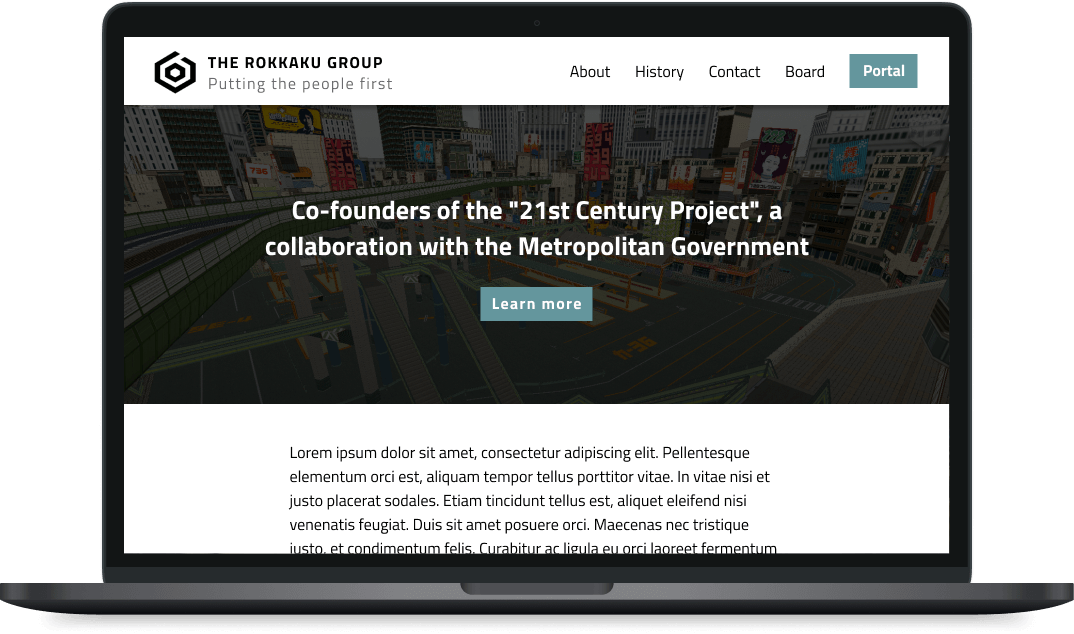 Through browsing the Rokkaku website, players will be able to find email addresses that link to Rokkaku members of staff, who can be emailed and engaged in conversation. The aim of the game? To socially engineer a Rokkaku staff member into giving up their login details. To do so, they’ll have to answer questions correctly, and ask the right questions, too. Some members of the organisation may give out their phone number and require a phone call to complete. Others are too security conscious to slip up. But none will give up the information easily…

When that has been accomplished, login access provides the truth of Rokkaku Group – a look into the variety of nefarious operations they’re involved in, including some private rants from their CEO, Rokkaku Gouji, who has been elected the mayor of the city.

Through this information, it’s also possible to access the corrupt Rokkaku police database, which lists their casefiles. One of these casefiles is corrupted, and requires some puzzling to solve, of course. But completing this puzzle unlocks a variety of coordinates… From major cities all over the world. 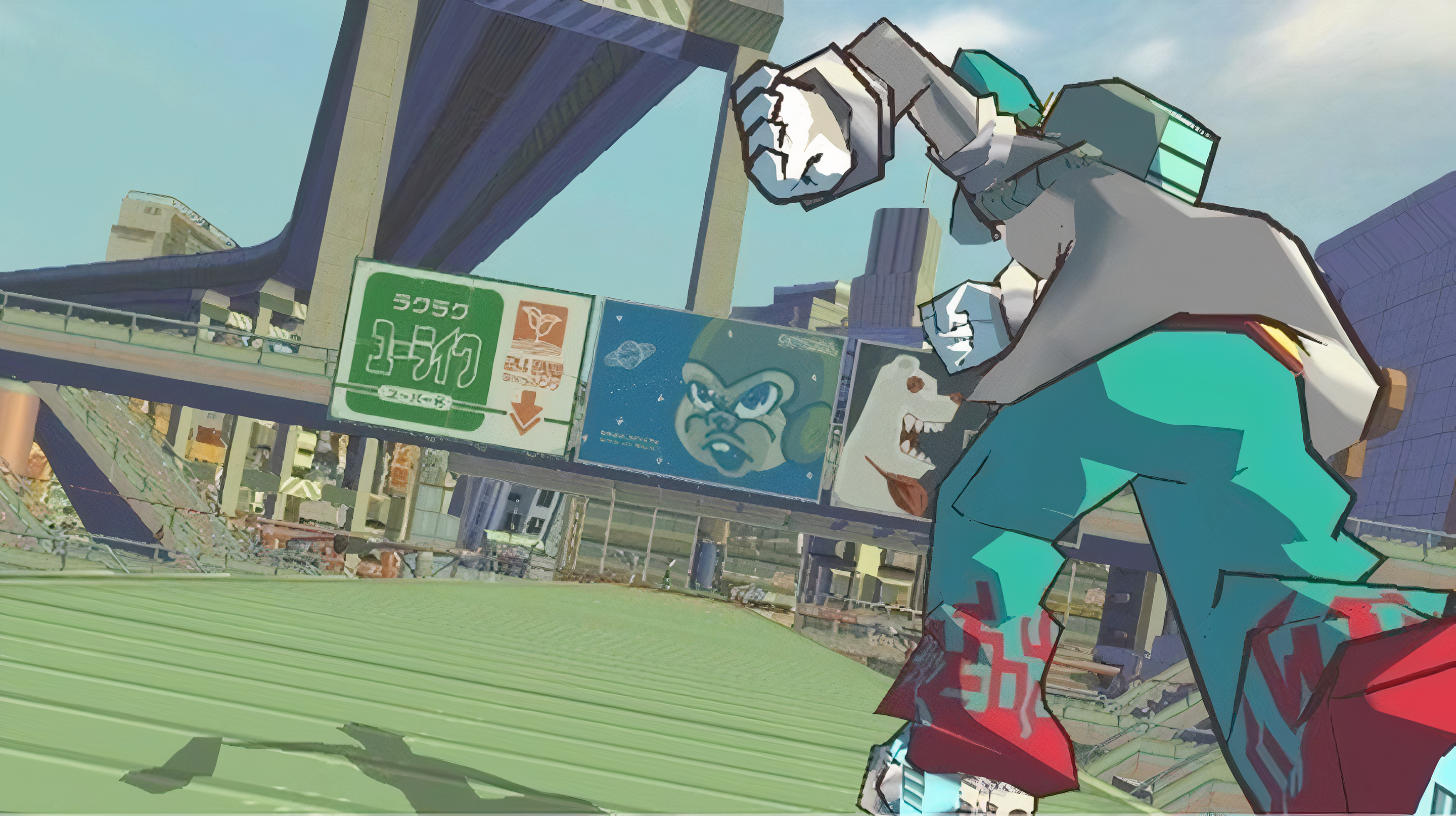 These coordinates will lead to areas where a piece of JSRF-inspired graffiti has been commissioned and painted. The tags indicate to players brave enough to venture to them that they’re in the right place.

At some times of the day, some of these locations may even be staffed, by actors in Rokkaku Police gear. They’re protecting something. To progress, players need to find the hidden pirate radio broadcast equipment in the area, possibly surreptitiously without attracting the attention of the Rokkaku thugs, and turn up the power on the device.

When enough players have powered up the broadcast equipment, the pirate radio signal is finally strong enough to get through the signal jamming effect, and Jet Set Radio returns to the airwaves. Professor K is delighted to be back on the air, but is worried about the future in Tokyo-to and future crackdowns.

Embedded within the audio broadcasted by the station now, is code that translates to a release date: The date that Jet Set Radio Future is back in stores.

Players who have made significant progress in the ARG are invited to launch events in major cities, which feature DJs playing music from the game, live rollerblading performances by professionals, and early access to play the remastered version of the game. 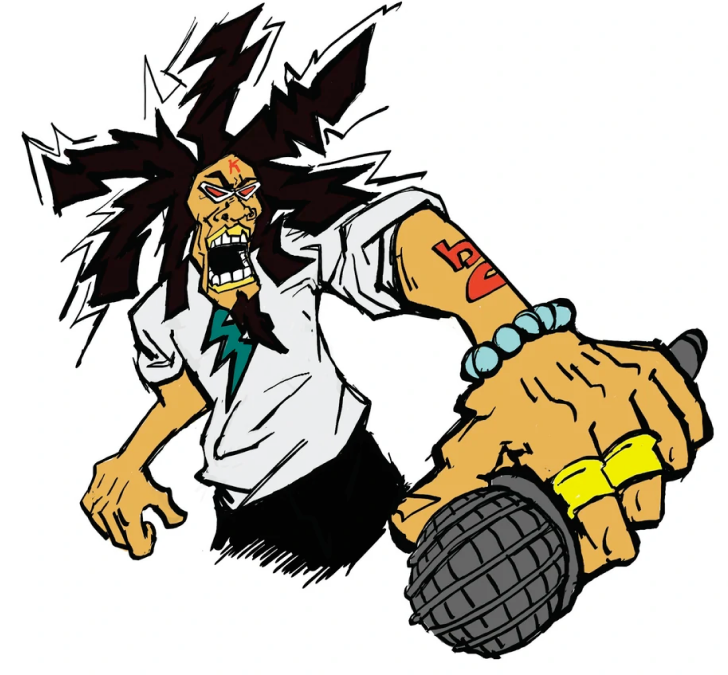 Jet Set Radio Future is a classic game which resonates with lots of people – especially those who dream about fighting back against the power of villainous corporations. The Back to the Future ARG campaign, theoretically, brings some of that magic into the real world and lets players live out a fantasy that extends their experience. We reckon that’s a future worth fighting for.

The Back to the Future ARG is part of Etch Play’s “What if?” series, where we imagine extending game experiences with marketing ideas, companion apps, websites and services. If you'd like to chat to us about how our thinking can help you to maximise player engagement, drop us an email at playteam@etchuk.com