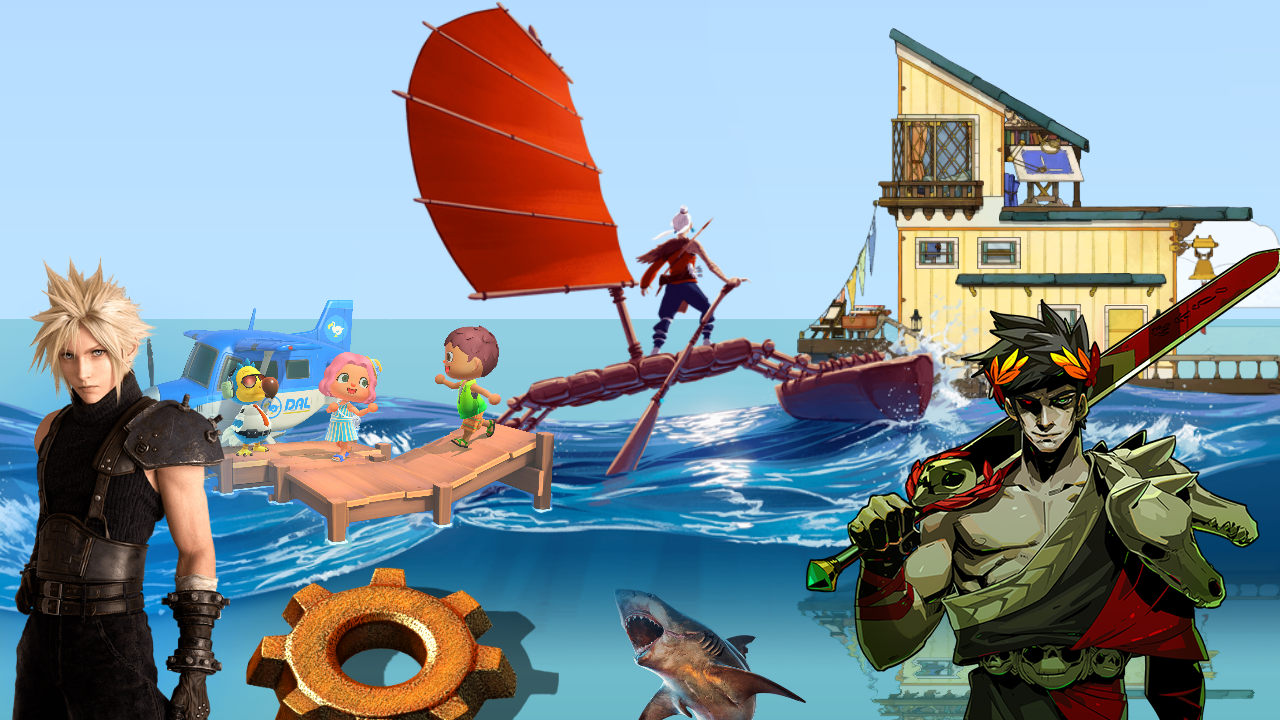 We made it to the end of 2020! Pat yourselves on the back everyone. After this historic year, we wanted to celebrate some of the best games which inspired us and kept us entertained. Ready? Let's do this. You can watch us discuss our favourite winners in video form, or keep scrolling to read the full list in text!

"There is no escape". In Hades, Prince Zagreus fights demons and daddy issues - in a constant struggle to escape from the Ancient Greek underworld. It is a rare gem that excels in virtually every category: story, art direction, voice acting, music, and slick, emergent gameplay. The most impressive feat of all is that an incredibly repetitive premise never gets boring, thanks to a wide variety of play styles and weapons, supported by a colourful cast of vengeful gods.

Endlessly inventive and inspired, Supergiant Games have proven the case for early access games. It's hard to imagine what they could possibly do to top this, but I can't wait to find out what they do next. - Adam Burt

If I could choose the exact moment to release a new game, the start of a period of worldwide lockdown would probably be it. After a delay, Nintendo kind of lucked out with a release date for Animal Crossing: New Horizons of March 20th 2020. It was exactly what everyone needed - a place to escape when countries were shut and holidays were cancelled. And after seeing everyone play it on Instagram and Twitter, I jumped on the bandwagon.

For me, and for many (it's been insanely successful; a cultural phenomenon), it’s been the perfect escape. When I can’t focus on books, I play Animal Crossing. When I can’t see my friends, I hang out with my villagers. When I can’t celebrate Halloween or Christmas with big groups of people, you guessed it, I join the in-game events. It’s the gift that keeps on giving.

A study has linked the game with mental health benefits, and I can absolutely see why. Just be prepared to sink a lot of time into it, because one minute you're logging on to water your hybrid flowers, and the next it's midnight and you're failing at a fishing streak. - Emma Budd 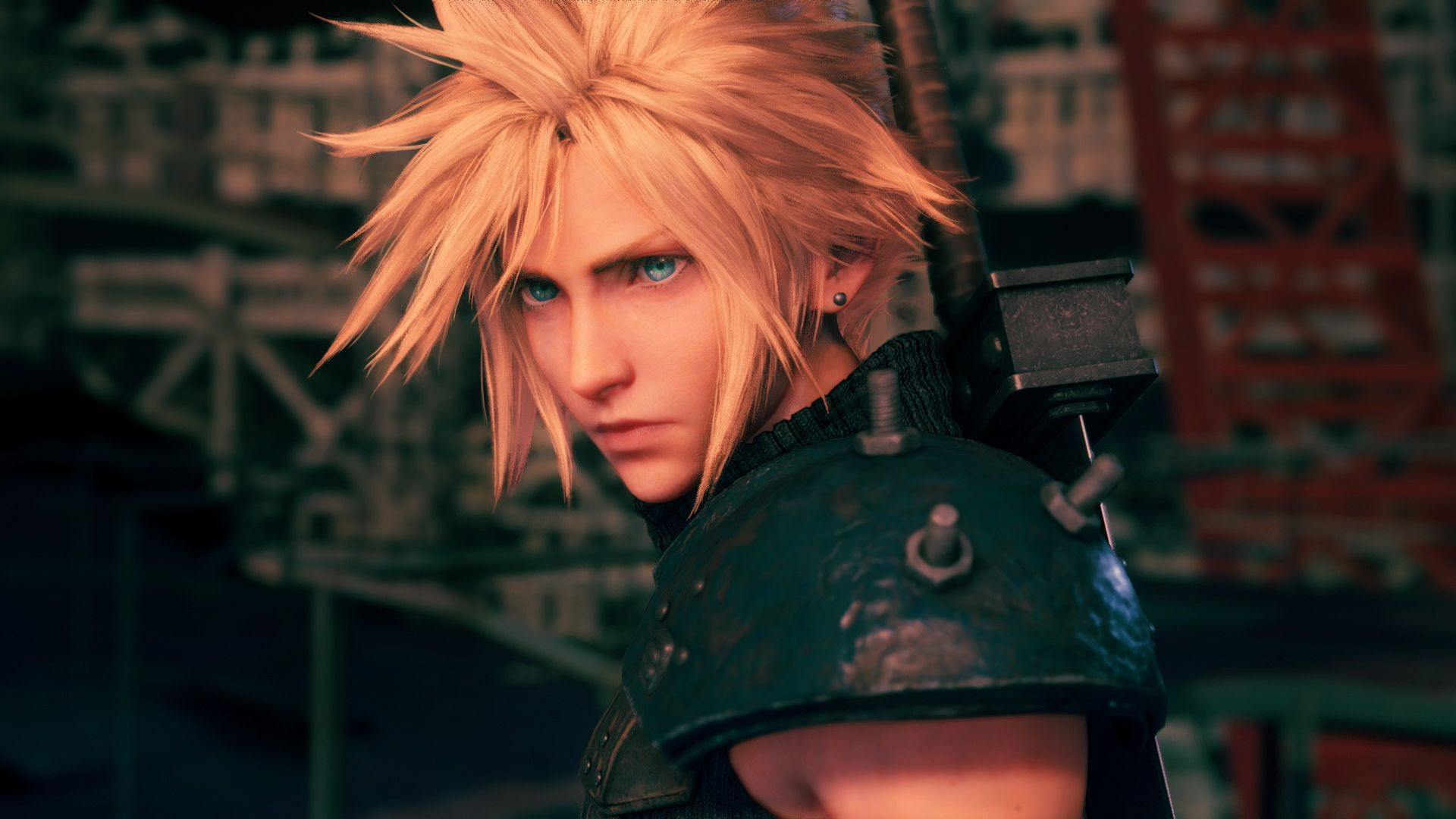 They more than met those expectations though and I’m so glad that they did. It’s extremely impressive how they were able to take a 23 year old game and completely modernise it to meet 2020 standards, boasting great voice acting, an incredible orchestral soundtrack, a gorgeous world and amazing character work. This game only covers the first part of the original game (the “Midgar” section) so there will inevitably be a sequel at some point and I absolutely cannot wait! - Myles Broomes

I really enjoyed diving into Windbound this year. A game from 5Lives Studios and our good friends over at Deep Silver. You assume the role of Kara, a fierce warrior who has been cast adrift from her tribe. You must battle the elements, exploring uncharted islands, and taking on the dangerous seas in order to get back home.

I opted to play in survival mode, which for someone who isn't great at games was maybe not the best idea. You have to live off the land, collecting food, hunting, avoiding the dangerous animals that inhabit the island, collecting materials to build a boat and preserve your energy ready to hit the seas and make a forward move. The thing with survival mode is you go back to the start every time you die. Which for me was a lot. I found the game very addictive though, and although I died a lot, making forward progress felt like a real achievement, and any time I did die it only made me more determined to keep going.

The game looks beautiful, and alternates between a peaceful experience and a pretty intense one, keeping you nicely on your toes. Definitely worth a go if survival games are your bag. - Ben Joy

Finally hitting 1.0 this August, my game of the year is Factorio. No game has hooked me like this does every time I dip into it. 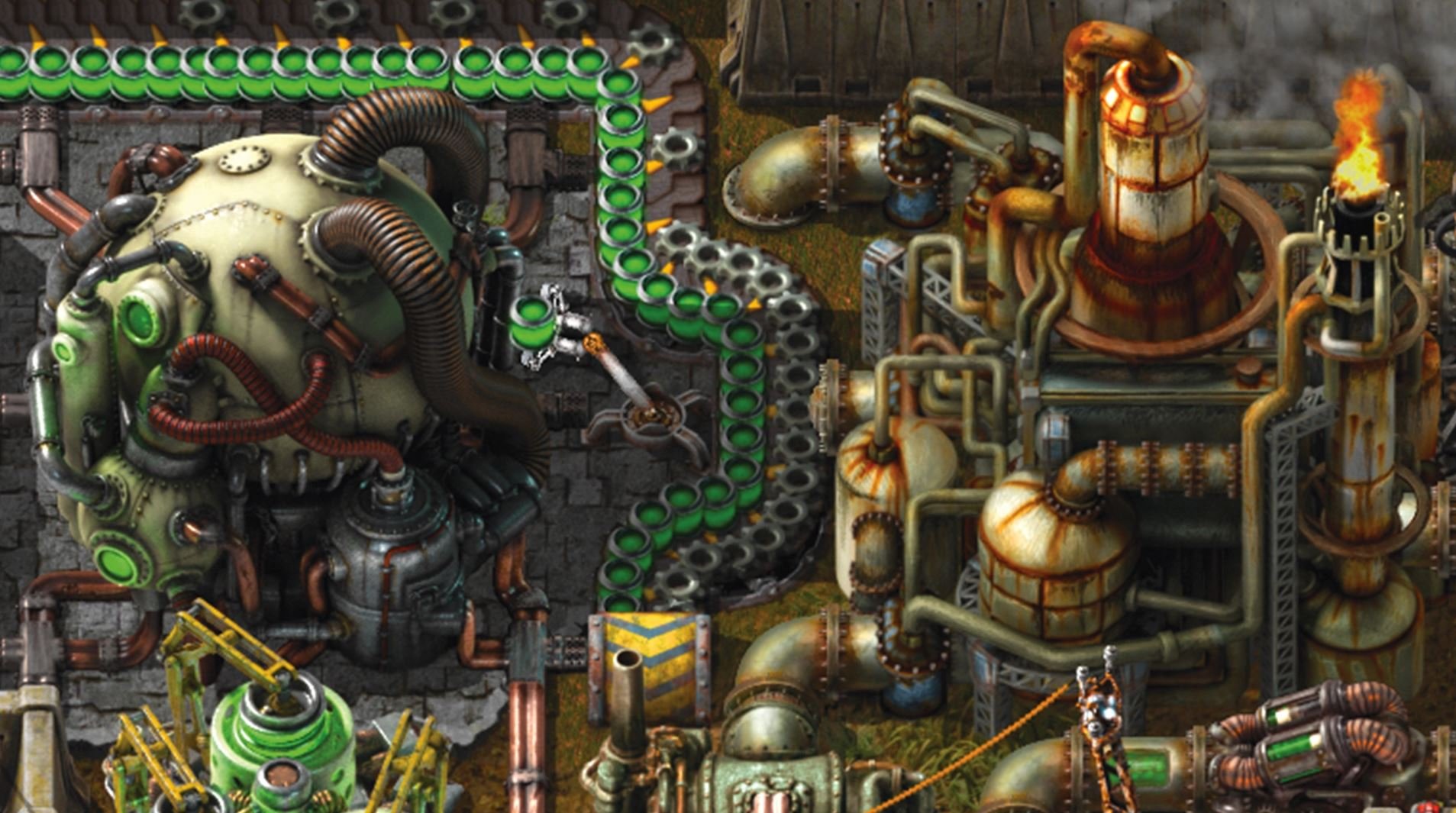 People say Civilization has the "Just one more turn" effect and Factorio also has a similar pull on everybody who gives it a try. You say "Oh I'll just fix this quickly," and the next thing you know its 4 am and the sun is coming up. If you've been following the dev blogs over the last few years, you'll know that the team are really passionate about the game, and it really shows in the end product. Version 1.1 is on its way too for even more goodies, so it's not going off my radar any time soon! - Joe Berkley

Although this came out before 2020 originally, it arrived this year for the Oculus Quest and the Connected edition came out for Xbox and PC. So I'm counting it!

Playing it in VR was such a singular experience. The musical and visual creativity is incredible - and I want to give particular praise to the soundtrack. My tiny mind boggles at how they managed to achieve (or at least create the illusion) that gameplay drives the music. Such pleasing and satisfying sound effects for every Tetromino movement. - Ben Thornton

Player two controls the cat. You can sing to your plants to make them grow faster. You'll come to grips with life, love and loss. One of these things is not like the others, but they gel perfectly in Spiritfarer, a charming 2D resource management game that challenges you to deliver the souls of the recently departed, while also constantly feeding them freshly cooked bouillabaisse so they don't get too grumpy.

It shouldn't work, but it does, thanks to strong writing and clever mechanics that turn rote chores into enjoyable mini-games at every turn. - Adam Burt

I've no doubt the timing of the release has something to do with this choice, but spending that first lockdown causing chaos as a man-eating shark was just... So satisfying. I spent my time role-playing as an overly officious shark who eats anyone not observing social distancing on the beach.

I felt like I was doing my bit for society, albeit perhaps too brutally. And arguably, disproportionately to the crime... But hey, I was big ****-off shark. Can you blame me? - Ben Thornton

The Last of Us Part II

For me, 2020 was year of catching up on many of the PlayStation exclusives I'd missed out on in previous years as an Xbox only household. The PS4 Pro I got last Christmas has been put to good use throughout lockdown as I worked my way through the back catalogue. The original The Last of Us left an impression so when the sequel was released (conveniently soon after my playthrough), I took my chance to finally be up to date with a newly launched PlayStation exclusive. 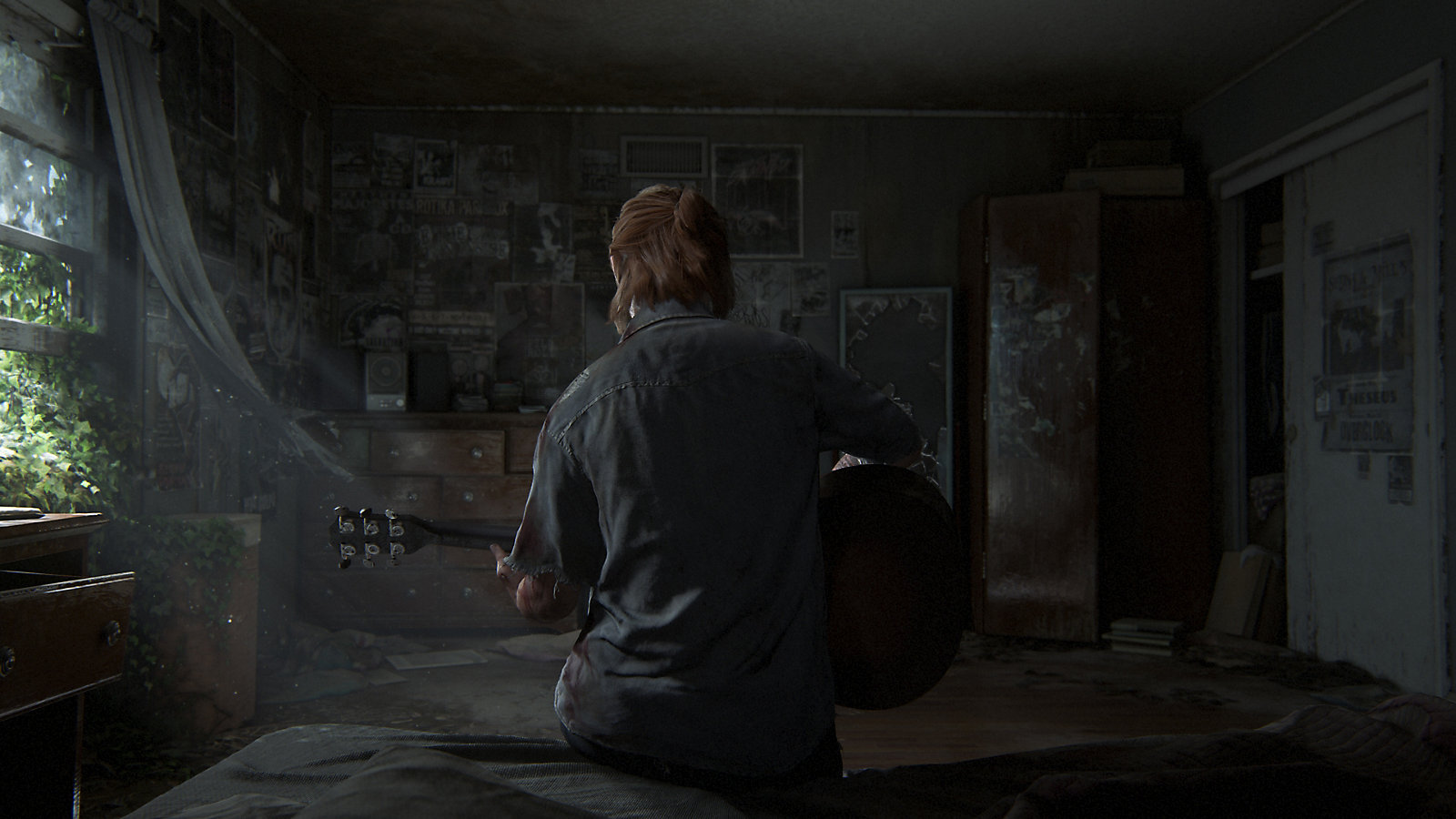 The Last Of Us Part II did not disappoint, delivering a perfect blend of narrative, action and suspense in a beautiful post-apocalyptic re-imagining of the United States. The game is visually stunning, and the story is gripping, enhanced by first-class character performances - Naughty Dog's cleaned up at this year's Game Awards, and it's not hard to see why. - Dan Thomas

In no particular order.

With that, we draw a line under 2020. It's been a difficult year for a great many people, but one thing we truly believe here at Etch Play is that games can be a powerful force for good. Through distraction, connection, and artistry, games have brought us together in trying times. We look forward to seeing what 2021 brings, and we hope you'll join us.

You can find us on Twitter for chatting, and watch us at your leisure over on our YouTube channel. We also do a weekly live show on Thursdays at 4pm on Twitch, where we discuss the latest videogame news, play some games and discuss videogame marketing. Why not make tuning in one of your new years resolutions? We hope to see you soon! 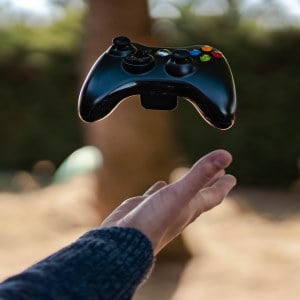 The last console you’ll ever buy?
13 Nov 2020 - 7 minute read
The gaming industry is poised for dramatic change. In this week’s article, we’ll be examining the trends, and look at what the future of the..
Read more