How to extend the life of your next big videogame

Ben Joy from the Etch Play team explores ways in which video game studios and publishers can extend the life of their game, and why doing so is so important. 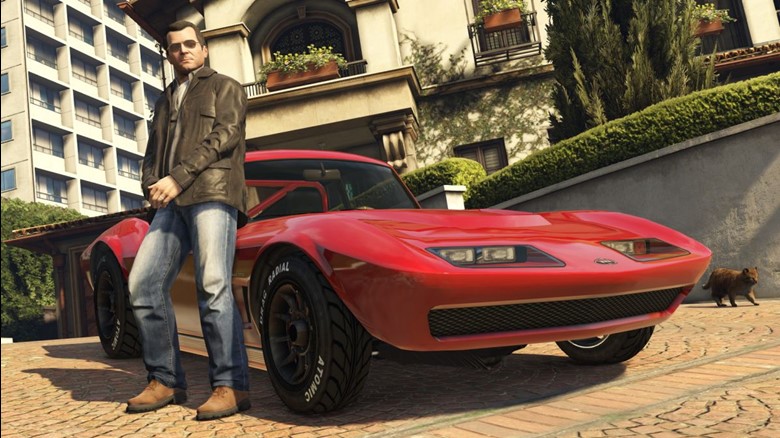 It is of growing importance for video game studios and publishers to look to extend the life of their games. In a recent study from EY, speaking to games CxOs and directors, they reported that scaled gaming publishers are narrowing their focus on developing fewer, high-quality titles. They are now looking to create differentiated experiences in a market that is becoming ever more crowded due to the flood of free options for consumers. There are more competitors entering the marketplace every week, and the cost of making games is rising. It has never been more important for studios and publishers to enable their games to last as long as possible. 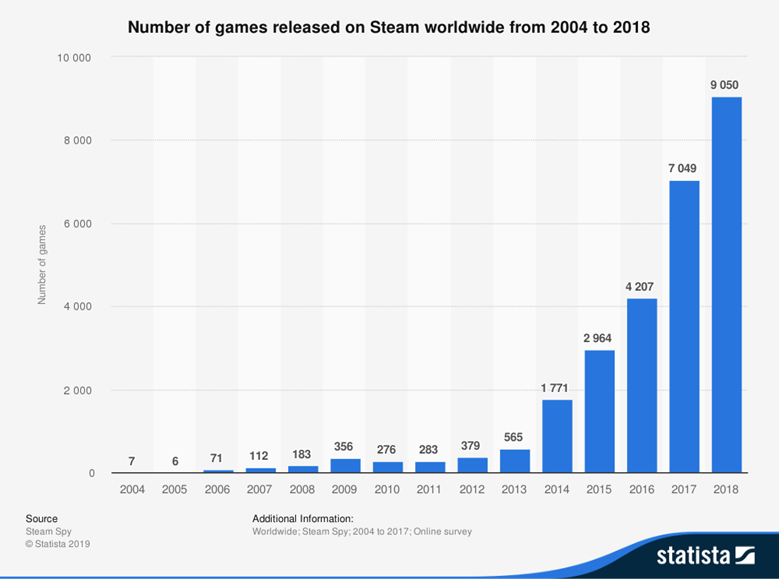 Growing competition is a reasoned concern for game studios and publishers, as thousands of games are now released each year all vying for players attention (if you want to see the volume each week, sign up to the ICO Steam Newsletter!). Obviously, the scale of these games varies massively, from tiny indie games to the huge AAA titles, but nevertheless players now have more choice than ever. Despite the fact new games are coming out all the time, the time and dedication required to make a game that resonates with an audience does mean that without a large team or a very narrow focus, most studios can't churn out games that quickly. Continuing to generate income from current games is therefore imperative to enable the next games to be developed. In Paradox Interactive's annual report for 2019 that just came out, they cite that 87% of their revenue came from titles released in a previous year. Paradox are a large publisher and have lots of games to draw on, but that stat does go to show that the extended shelf life of games can be huge for studios and publishers.

We will be going into more detail on these topics in the future, but as a starter here are some things for your studio to think about. An introduction to extending the life of your game.

Continue to build your audience

It is easy to get blinded by your personal bubble and believe that everyone has heard of your game, especially if you get a lot of publicity out of the gate. However, the truth is, outside of the GTAs and Fortnites of this world, awareness is surprisingly low for most games. It might shock you to hear that there are a number of games regularly in the top 20 most played on Steam, that have less than 60% of users aware of their game, and less than 40% of players familiar with their game. It only gets more surprising when you look into how much of Steam's audience have played these games: Some of them are less than 20%. What this goes to show is that there is huge amount of untapped potential. Potential to reach new players, and convince those people to make the leap and play your game. To unlock it, you need marketers who are prepared to think differently. 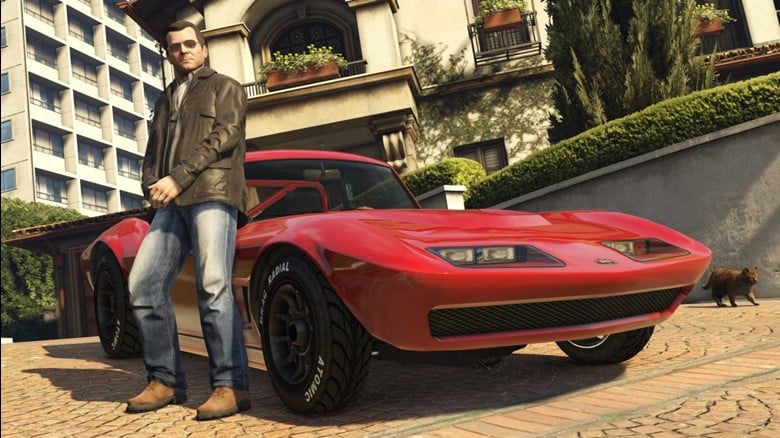 Digital marketing can be a great place to start, and now is as good a time as any to get on board with this. At the time of writing, with the current COVID-19 climate we find ourselves in, we are seeing a 30-50% increase in conversions, coupled with costs per click (CPC) and cost per thousand impressions (CPM) dropping significantly.

There is also an audience of casual gamers out there who are clamouring for something to do and we have already seen an increase across the board of the number of people gaming. Perhaps more importantly, 57% Of Gen Zers and 77% of millennials who are now spending more time gaming due to the Covid-19 lockdown restrictions have said they will keep playing when everything has blown over, as reported by GWI.

Using a flexible ‘always on’ approach, aligned with meaningful game updates and sales, can produce both significant and demonstrable growth in sales, both on and off-promo. The insight generated through segmentation, user journey tracking, modelling and KPIs is also immensely valuable.

But everyone consumes and reacts to media differently. So a good tip is to start out agnostic and let the data guide you. Building awareness among new audiences and then using segmented remarketing pools means we can take our audience on carefully managed journeys using different touch points, formats and messages. Taking this approach, we have seen powerful results.

The traditional launch marketing approach of course still has its place, but with so many games vying for attention, games are easily forgotten, so an extended approach to marketing can pay dividends.

DLC is an interesting strategy, and there are different trains of thought on this. DLC can be a good extra revenue stream for studios who get to work on the same game and continue to make money from an already invested audience. On the flip side there can be resistance from players who have already shelled out a considerable amount of money for the base game, who feel aggrieved to have to keep spending to expand the game.

When done right, DLC is absolutely a strategy that can work as an additional revenue stream. Last year Take-Two (the parent company of Rockstar) reported that 58% of their profits came from DLC and microtransactions. DLC allows for your current player base to continue to have new experiences with a game they already know and enjoy, giving them more reason to keep playing your game. After all, keeping your existing players happy and active is just as important as attracting the new players. Often the two can go hand in hand, as a report from GWI highlighted that 38% of people play games to have fun with people they know, and 22% play specifically to chat and spend time with their friends. Your active players are your advocates, so if you can keep them playing your game, you increase the chance of them recommending it to their friends.

Of course DLC doesn't have to be paid for, and although free downloads may not directly contribute to the revenue stream, they certainly help to build loyalty among your players, and encourage them to play the game for longer. There are a number of games that have consistently released free updates for players to continue expanding the game and enhancing the experience, at no extra cost to the players. A good example of this is No Man's Sky by Hello Games, who in April of this year released their 10th free major update. This is a game that had a rocky start to life but through expanding the game for free, the team at Hello Games have prolonged it's life significantly. Nearly 4 years down the line, it still sits within the top 100 most played games on Steam and now has an incredibly dedicated audience.

It's important to remember that whenever you go down the route of asking players to spend more money than they already have on your game, it needs to be worth it for them. Heavily unbalancing the game to rely on DLC for the core game experience is a fast track to a backlash from the people you are trying to build into your fans. The point of DLC is to enhance the experience, so that players want to keep playing for longer, and shouldn't be seen as a quick cash grab to boost funds, as in the long term that will do far more damage than good.

As well as the core gaming experience, there are loads of ways outside of the main game that you can keep players interested, engaged and excited to keep coming back to your game. We call it the Extended Experience, which you may have heard us mention once or twice before 👀

People love to consume content, and much like the growing competition of game releases, there is even more reams of content that is being produced outside of the gaming industry, with everyone competing with each other for attention. It is narrow-sighted to only look at your industry as the competition. You aren't just competing to get players to chose your game over another (although, you are doing that of course), but instead competing for them to spend their time with your product, and not listening to a podcast, or watching Netflix, or reading a book... The list goes on.

Video games are such a creative art and are routinely blessed with incredible stories, characters, visuals, and music. They can resonate so strongly with players. These factors open up a world of opportunities to translate these things into content outside of the game that can be enjoyed players, be a videos series like Overwatch Shorts, original soundtrack albums, community websites, or even creating new stories for your characters that don't take place in a game, like the old school Sonic the Comic.

The opportunities are endless and the idea is to create entertaining ways for your players to continue their experience with your characters, worlds and ideas - building their investment (of time, not just financial) in your valuable IP.

One last tip, as trite as it sounds, is to have fun with these things. The whole point is to make your game as fun as possible, for as long as possible, and continue to introduce new people to it. If you're not enjoying what you're doing with your creative IP, then that will come through. There are so many creative ways that you can go about extending the life of your game, and creativity is what we all really love.

Keep an eye out on our blog, as we will be diving deeper into this topic over the coming months. And do let us know if you've got some ideas, as we'd love to hear them!

At Etch Play, we help games businesses think about, plan and execute on their extended experience. That means delivering value to players beyond the traditional boundaries of a game. You can find out more about our offering at etchplay.com/work.