It's tricky: Video game difficulty in the age of accessibility

Adam examines the popularity of difficult games, and the rise in games designed to be more accessible for everyone.

In 2010, Dara O'Briain talked about videogames during the televised standup comedy show, Live at the Apollo. Among funny riffs on Metal Gear Solid and Grand Theft Auto, he said:

It’s always stood out to me as an interesting commentary on how games differ to other art forms like books, and it’s the start of an amusing bit of his routine. But in the years since, there’s been an interesting debate, emerging in response to this traditional paradigm:

“Should videogames be this difficult?”

I myself have changed stance on this question a few times throughout my time with games. I’ve loved games that pushed me to my limit, such as Ikaruga and Super Meat Boy, and yet recently found myself putting God of War on easy so that I could make it less stressful. And month by month, the debate grows as new games get released.

From the 8-bit challenges of yesteryear through to modern classics like Dark Souls, there is clearly an appetite for games that have severe difficulty baked into their design. According to many sales figures, “hard games” have never been more popular. For fans, these complex games have the appeal of allowing them to triumph against overwhelming odds, and can invoke feelings of nostalgia for how indecipherable some of the earliest videogames were, back in the age of arcades. But alongside that, perhaps a little less vocally, another trend has emerged too: Making games (optionally) easier so that more people can enjoy them. 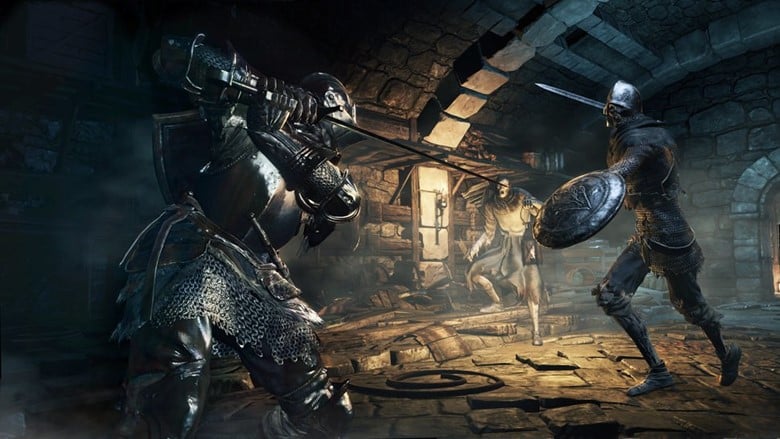 Sometimes these additions are purely about skill, and requiring less skill in order to be able to experience the storyline of the game which might be interesting on it’s own merit. So-called “narrative mode”, where available, often dials back the difficulty, which allows less-experienced players to enjoy the story and indulge in a power fantasy with relatively little frustration. Horizon: Zero Dawn for example offers this as an option, which successfully walks the tight rope of making the game still feel exciting and challenging while actually being fairly easy for someone to complete.

Other games take the approach of leveling the playing field to make games more fun to play with your children, or people who aren't yet well versed in the mechanics and tropes of gaming. Nintendo have taken this approach on a number of their games, including the New Super Mario Bros series, with options for anyone struggling to be rescued from protective bubbles by their friends/parents when they get stuck, as well as (in later versions) characters you can choose who are invulnerable to certain enemies or have other abilities that make the game easier. 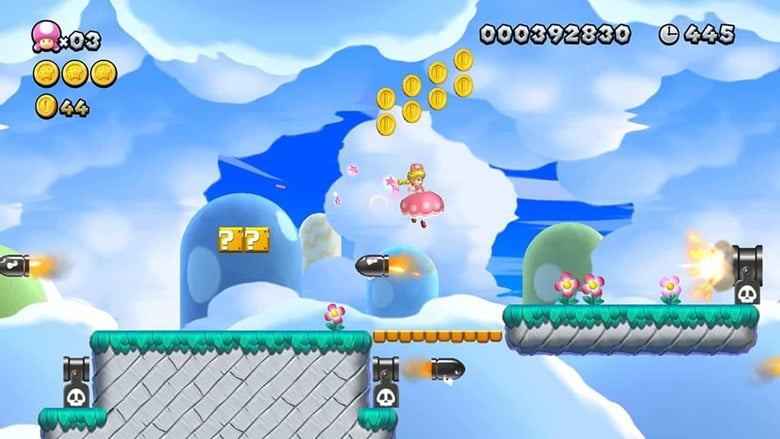 The wildly successful Lego videogame franchise shares this view too, with most of their games (such as Lego Star Wars: The Complete Saga) offering co-operative play that allows parents to walk their children through a level, and a number of features that result in a low barrier to entry, such as only dishing out minimal punishment for failure. Xbox One's Copilot feature allows two controllers to act as one, allowing a seasoned gamer (or in some cases, just someone more-able-bodied) to influence the gameplay without taking the controller away from their companion, and help them navigate tricky sections.

As hinted above by the reference to being able-bodied, one of the most compelling arguments for providing more options of difficulty to players, beyond getting non-gamers and children to participate, is accessibility. Much like we at Etch Play need to consider how our websites could be used by people with a variety of disabilities, some game companies and developers are now starting to take this audience seriously and consider them in the game’s design.

As a result, a number of games and consoles now include settings which can be adapted to tailor the experience to make it possible, or more fun, for someone differently-abled to play the game. These range in scope from toggles that make the game elements easier to distinguish for colourblind people, to subtitles, to gameplay tweaks, right through to complete control mappings for people who can only use parts of a controller, or use special equipment to play.

Microsoft made a huge positive step in this direction when they released the Adaptive Controller, a multifaceted device that allows for a huge number of permutations and configurations, to suit a wide array of disabilities. The response has been overwhelmingly positive from disabled gamers, with many finding it has significantly improved their experience of gaming.

Lately, even the language we use about making games accessible is changing for the better, helping to make games not just be more inclusive of those with impairments, but also making them feel more inclusive, too. The changes are subtle but mean a lot to the people behind the mouse and keyboard and/or controller.

Celeste, a famously difficult game that we’ve previously highlighted for the way it makes people feel, recently reworded their menu screen around the assistive game options. Previously, it described the game’s difficulty as “essential to the experience”, which implied that people playing with assists turned on were playing a different, lesser game. Now (thanks to Twitter, of all places, where creator Matt Thorson was happy to take feedback) the game takes a softer tone towards people who might need these options to enjoy the game, and recognises it may still be challenging with some of the options turned on.

To quote Clint Lexa, the Twitter user who asked for the changes:

You can read more from Clint about the language used around accessibility in games here.

Clearly, for many people, videogames aren’t judged purely on how challenging they are. For many of us, games can just be a distraction, or about a story, or about the artistry on display. The brilliant thing about where the games industry is today, is that creators are now empowered to be able to offer all kinds of different experiences for different people. Where once the coin-operated arcade encouraged developers to use brutal difficulty to extract more money from players, nowadays we have ways to play at home, and enough hard-drive space and money in the industry to foster all kinds of games, and settings within them. From games that require quick, dexterous precision in order to win, right through to games which don't even seem to contain the concept of winning or losing. 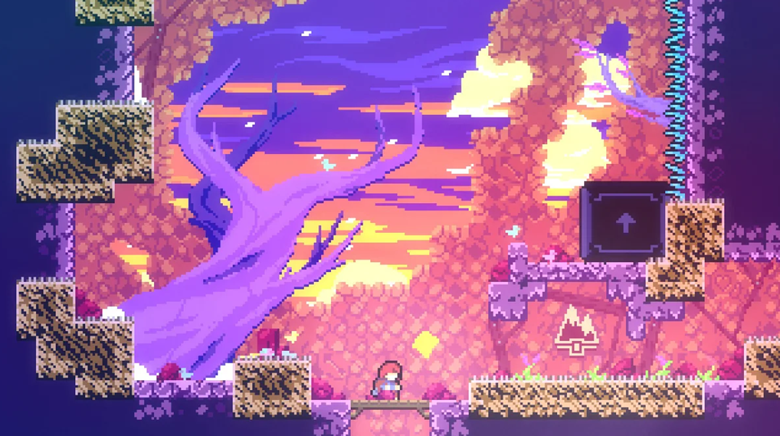 For those who crave difficulty, there will always be games which are infuriatingly hard. This year has seen games like Sekiro: Shadows Die Twice and Slay the Spire come out, which can offer a hefty challenge. But thanks to designers like Matt Thorson, the people at companies like Nintendo, and the growing number of advocates for more inclusive accessibility, we’ll also hopefully find the number of people able to participate in and enjoy games growing. More games, more accessibility options, and more players. And ultimately, more experiences for all of us.

After all, as the Microsoft Adaptive Controller superbowl advert reminds us:

“When everybody plays, we all win.”