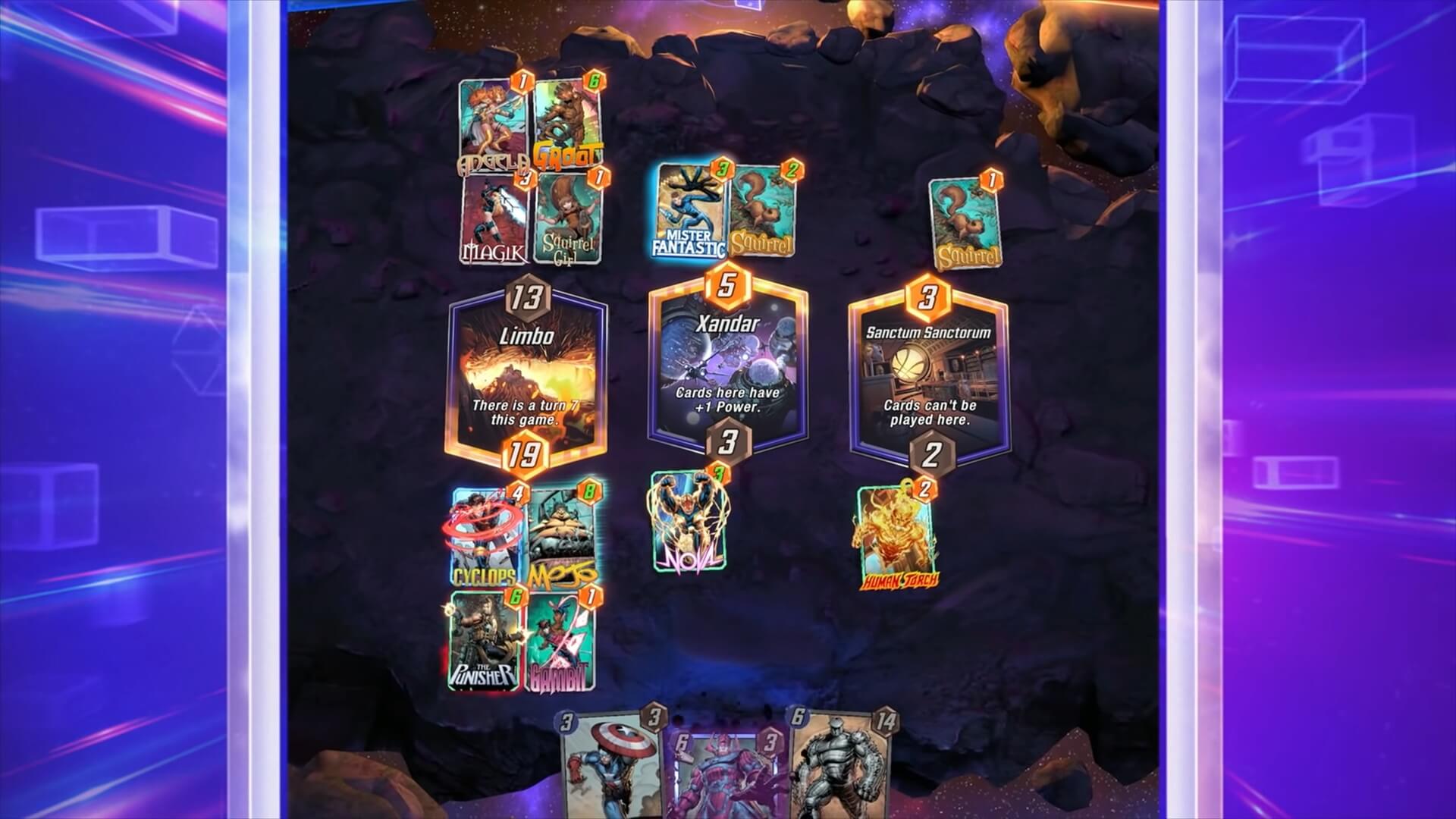 This week, everyone is playing Marvel Snap. Or at least, that's what it feels like on Twitter.

It's a new digital card collection and battling game. Each battle pits Marvel characters against each other to control zones with their various powers, with fast paced matches against bots and real humans across the globe. Addictive doesn't begin to cover it - this is an exceptionally designed game, which entices you into that "one more game" mindset over and over.

It's free to play, and the monetisation in the game is, so far, very respectful - no pay to win or forcing you to spend in order to keep playing. Despite that, it's made 2 million USD in the first week according to some estimates.

As a surprise hit, it shows what good brand partnerships and strong word of mouth can do. Not bad the first release from new studio Second Dinner!

Nowadays, as the games industry leans heavily into cloud streaming and digital-first infrastructures, physical game manuals are becoming a thing of the past.

A games preservationist called Kirkland has been creating high-quality scans of old game manuals and has recently finished uploading his complete set of US PlayStation 2 manual scans.

The PlayStation 2, one of the most popular consoles ever, was released 22 years ago. More than 4,000 games released worldwide and Kirkland has preserved just over 1,900 of them.

Kirkland’s entire set comes in at 17GB (230GB before compression) and is available on Archive.org in 4k resolution.

For more information on this painstaking labour of love, click here. 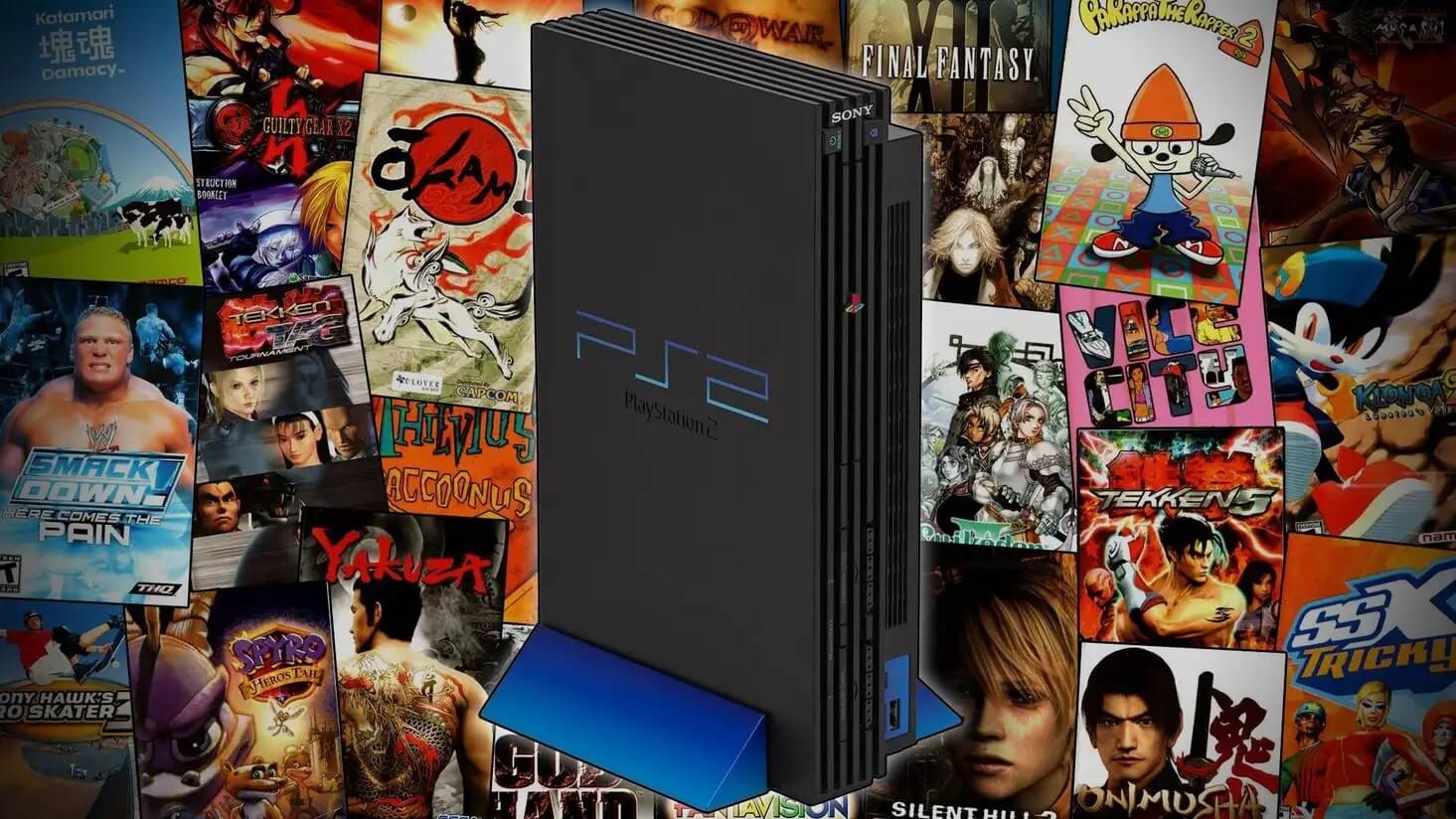 The Callisto Protocol cancelled in Japan

It has this week been announced that The Callisto Protocol will no longer be released in Japan.

Each region has different regulatory bodies who provide the age ratings for games, such as PEGI and ESRB, and ultimately decide what is and isn't acceptable. This can result in game experiences being slightly different from region to region where different regulators have different views, which is often driven by the cultural differences between the regions.

In Japan, games are rated by CERO. And the strictness of the requirements for ratings by CERO have proven to be too much for The Callisto Protocol developers, Striking Distance Studios. The Callisto Protocol is going to be a survival horror game, and Striking Distance Studios have revealed they have decided to discontinue the Japanese release and refund all preorders as they have "determined that the game cannot pass the CERO rating in its current state and that changing the content will not provide the experience that players expect."

The censorship regulations from CERO are much stricter than in the West, which means if you play the Japanese version of games such as CyberPunk,  GTA or The Witcher, you will be getting a different experience. Often times two versions will be released in Japan, a censored version and then the "gory version" which carries the highest rating given by CERO, which is a Z. However, Dr Serkan Toto, a Tokyo based analyst has explained "the gory version, which usually carries CERO’s strictest ‘Z’ rating for ages 18+, is ALSO censored when compared with the Western release." So even then, the experience is different.

Ultimately, Striking Distance Studios have decided that to obtain a CERO rating, it would compromise their product too much, so have decided they would rather pull the plug. Disappointing news I'm sure for many Japanese players who were eagerly waiting for this game. 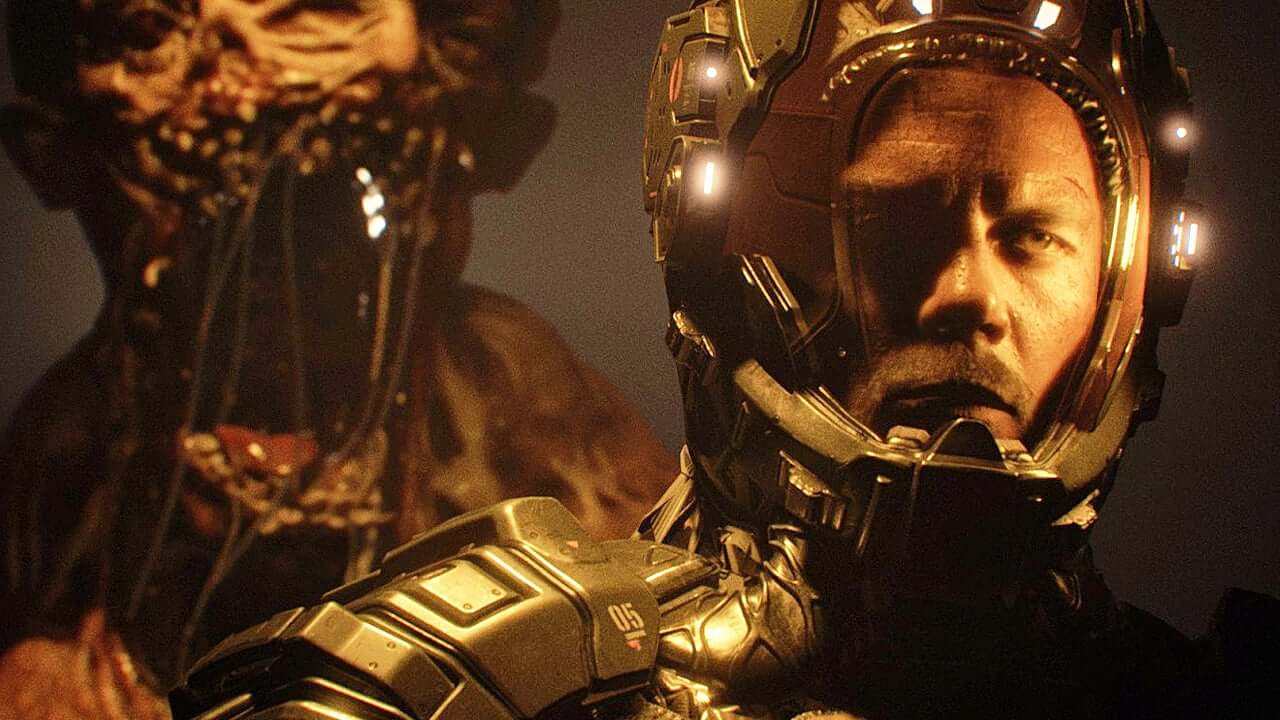 Okay, maybe that is a bit clickbaity... But for real, it is looking like we're really transitioning into a digital stage of gaming (not that we weren't there already).

Out today, the physical edition of the new Modern Warfare is basically an empty disk, which means that when you start it up you're faced with a lovely 150 GB download (for the base game alone). This is another reminder of how old I am, and that things are always changing. I typically don't really enjoy change, especially when it makes me feel old!

Also, EA have announced that they will no longer sell games physically in places such as Germany, Austria, Switzerland and Scandinavia. This is going to put a real squeeze on companies like GameStop and Game. I personally own a disk-drive PS5 purely because I tend to buy games later when they're reduced in price or on sale. Lets just hope that these companies will drop the prices on these digital downloads, as currently they are very expensive and a lack of physical disks will have a big impact on the second-hand market. I've never understood why buying a disk is cheaper than ordering the game from the dedicated store, but it's something we're increasingly having to get used to. 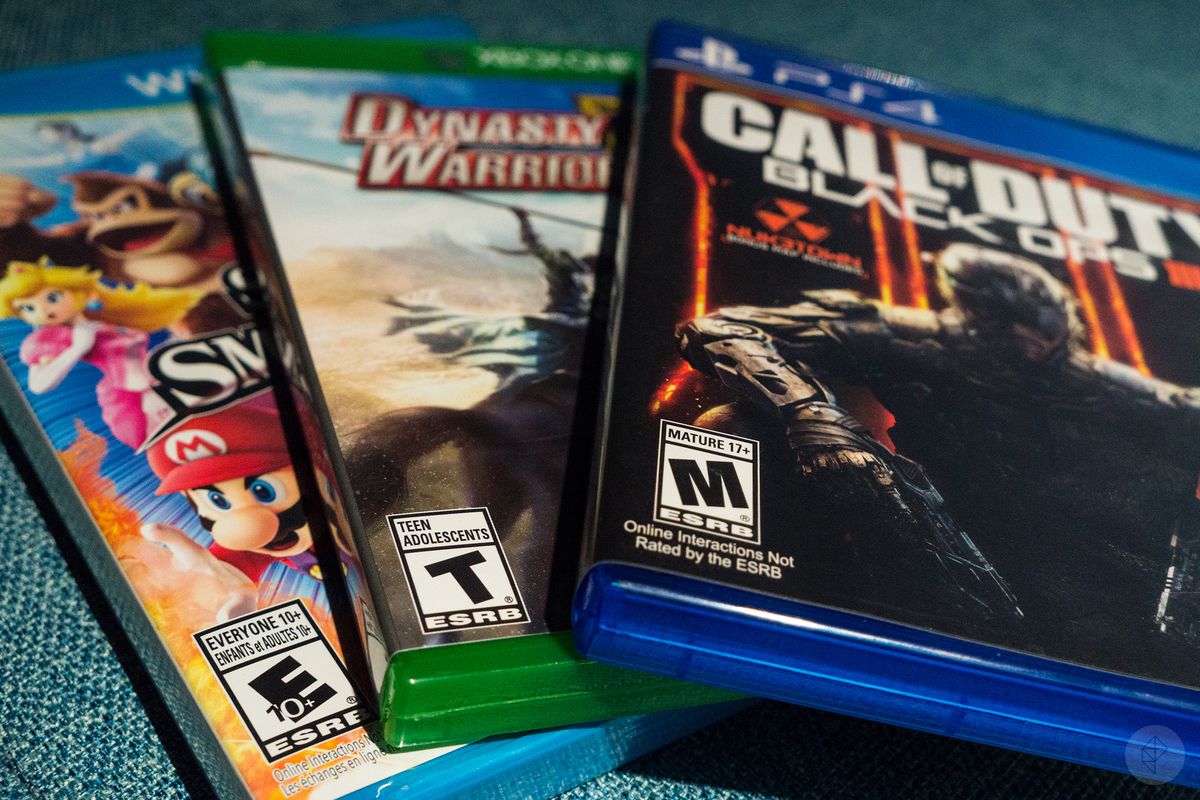 This week head of Xbox, Phil Spencer, alongside Microsoft CEO, Satya Nadella, shared some details on the performance of Game Pass.

By all accounts, the service which is often touted as the best value service in gaming, is profitable and accounts for 15% of Microsoft's Content and Services revenue.

“Game Pass as an overall part of our content and services revenue is probably 15 percent,” Spencer shared. “I don’t think it gets bigger than that. I think the overall revenue grows so 15 percent of a bigger number, but we don’t have this future where I think 50–70 percent of our revenue comes from subscriptions.”

Also shared was that whilst growth on console has slowed, they're seeing "incredible growth" on PC. A testament to their cloud and platform agnostic strategy of the past few years. What is also interesting is the increase in focus on mobile gaming from Microsoft recently, stating the Activision Blizzard deal is a big part of that (with mobile giant King being a significant part of that deal). Lots of interesting chess pieces falling into place for Microsoft and Xbox, you can be sure we'll stay following along for the ride!

This week PlayStation London Studio has opened up about it's plans for the future, in time for their 20th Anniversary. The game studio, which has won a Best Places to Work Award, has had some hits in the past including SingStar and a foray into VR.

Now, PLS is moving away from VR in it's upcoming game: an online co-op combat game set in fantasy London.

Stuart Whyte, co-studio head said: "With this project, we really wanted to explore some new avenues and set ourselves some new challenges. We definitely wanted to try something a little bit different, and I think this new project really channels our 'brave' value and allows us to push ourselves on the 'curious' front, too. It's an exciting future, it really is."

Based on the key art teased with the announcement, the game looks exactly like my kind of thing, and I can't wait to hear more about it as we get closer to release!

For more info and interviews, this excellent GamesIndustry.biz article has got you covered. 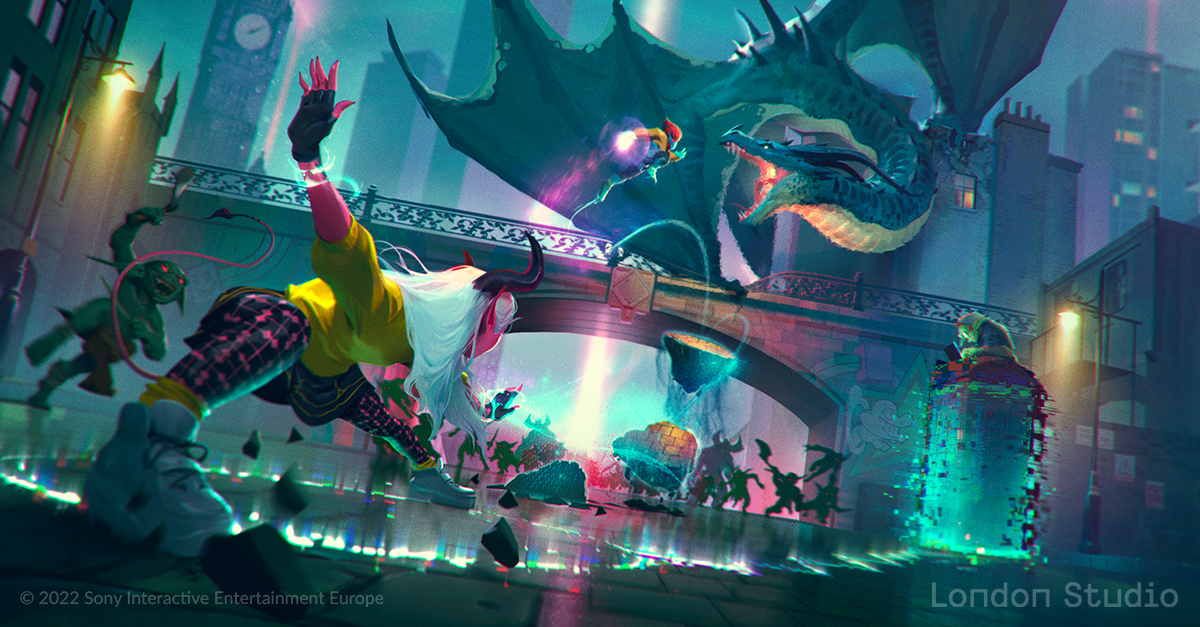 Every Thursday at 4PM we're live on Twitch, covering all the latest industry news and also playing interesting games. This week Adam and Taya were playing Marvel Snap and chatting about Netflix Games. Check it out below...