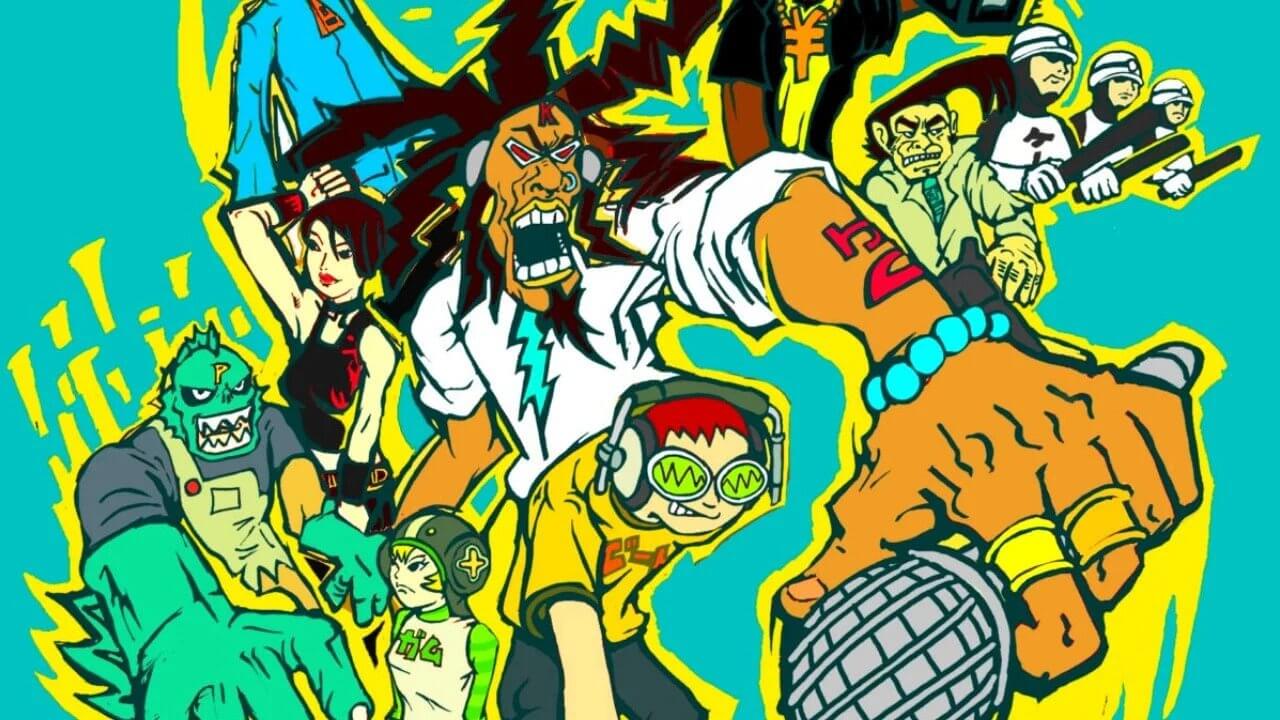 We're back with the roundup, as we close out the second of the short Easter weeks. What's caught our attention in the world of games recently? Read on to find out.

SEGA to bring back Crazy Taxi and Jet Set Radio

It's been another busy week in the world of games. One company who have been making moves are Sega, who according to Bloomberg are working on ambitious reboots of two iconic franchises: Crazy Taxi, and Jet Set Radio.

The reboots are expected to take some inspiration from Fortnite, which perhaps implies these games will be free-to-play and have an emphasis on multiplayer. But so far, details are light. Regardless, this news has fans (including me!) excited.

Crazy Taxi is an arcade classic which has recently only seen new releases on mobile. The last entry in the Jet Set Radio franchise was 2002's fantastic Jet Set Radio Future.

As for me, I've been playing a bit of Game Builder Garage for the Nintendo Switch. It's... Fascinating. Unfortunately, despite a lot of solid ideas, the game feels half-baked - it's unwieldy to play games made by other people (which is surely the most interesting part!?) and requires the paid Nintendo Switch Online subscription to play other people's work. Given the potential on display, it's a frustrating outcome, and a relatively rare miss for a company with Nintendo's incredible pedigree.

Guildford Game Dev Drinks is back!

Last night, as part of the Guildford.Games initiative, myself and fellow co-founders hosted our first post-lockdown Guildford Gamedev Drinks at Pews in Guildford town centre.

As a committee, we were hesitant about whether the local industry were ready to head back into the "real world", but decided to test the water after seeing successful events across the recent London Games Festival. We needn't have been concerned, as tickets for the event sold out within 48 hours of announcing, and we ended up with a waitlist of over 100 developers keen to participate.

With safety measures such as limited numbers, temperature checks on entry, and requests for negative LFT tests, the event went ahead and was a roaring success. We filled our capacity with industry professionals from across Guildford's game studios, large and small. It was fantastic to see old friends and new, and welcome joiners to the industry from the past two years. Lots of positive feedback from attendees and we look forwards to future events. 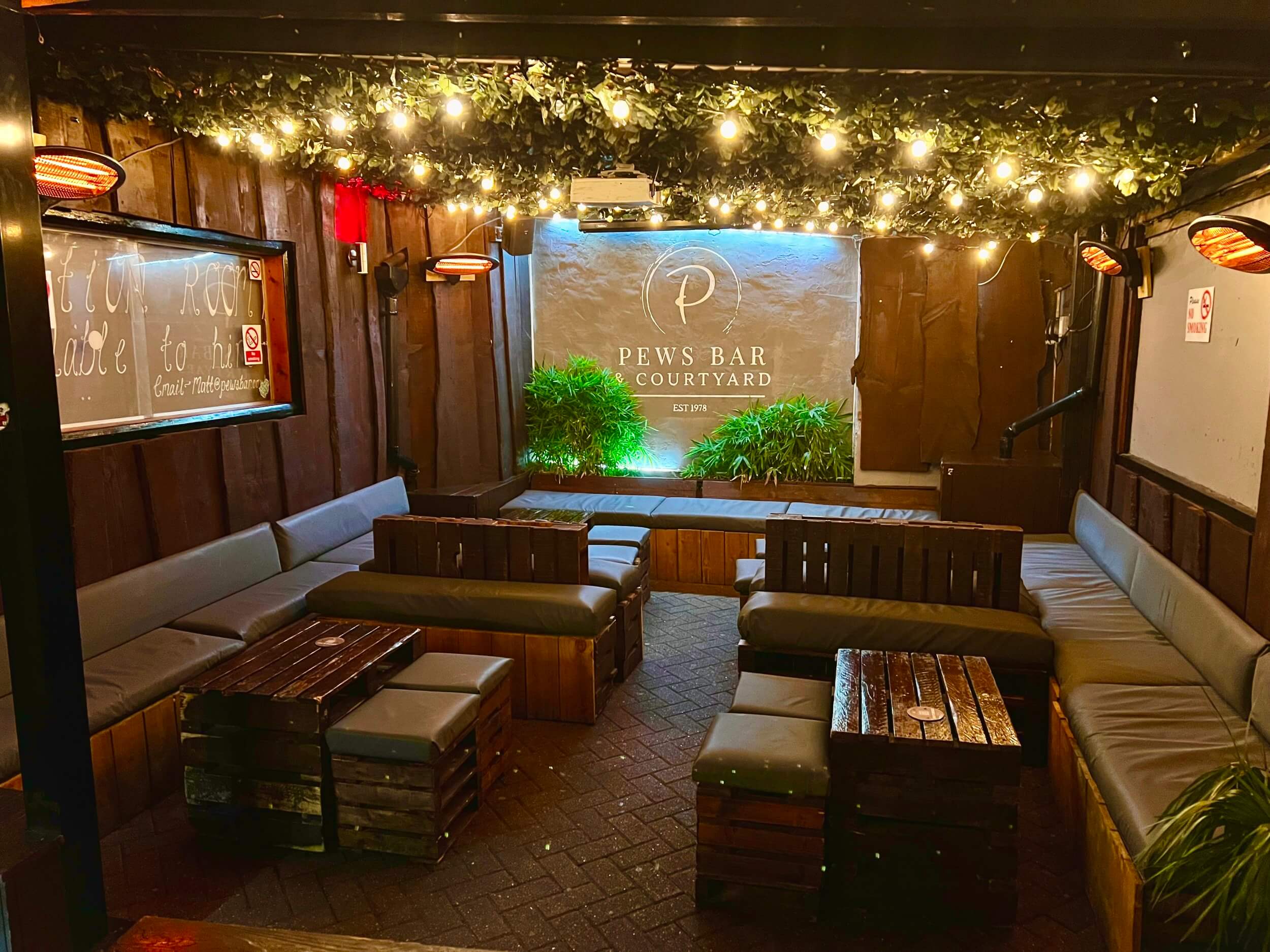 Bungie, the creators of hit classics Destiny and Destiny 2, have recently announced they're going "digital-first" in a move to transition to a more remote-friendly culture.

Most current and future roles will be fully remote eligible in these states with more coming soon! https://t.co/5Jv3FZRv28 pic.twitter.com/Ot43z9tgZm

While not all roles will become remote overnight, the company has started to hire fully remote workers in several US states with thriving gaming communities including Washington, California and Texas.

This move follows more and more gaming companies putting employee welfare at the forefront of recruitment as competition heats up for the best talent in the industry, with both indie and AAA studios choosing to trial a 4 day week as well as remote working.

It will be interesting to see how this affects the overall recruitment in our industry as other companies seem to be going in an entirely different direction such as dropping vaccination mandates and forcing their employees to return to the office.

In the current climate of games recruitment, every little helps in enticing top talent and remote work may be one benefit that employees will value above others.

In a previous edition of the roundup I wrote about an ongoing dispute over underpaid royalties claimed against Microsoft by Marty O'Donnell and Mike Salvatori back in February of this year. They were angered at not being credited on Halo Infinite, and wanted to try and block the Halo TV Series from beginning to air, claiming they composed the music as "workers for hire" and not a part of Bungie. Ultimately the Halo TV series was not blocked, and has been airing since late March.

It would seem that the matter has been put to bed this week, with Marty tweeting that the differences have now been resolved amicably. No details on what the amicable solution was, but you would think this would mean a pay-out from Microsoft. A court case was scheduled for later this year, but seemingly this now will not go ahead. Whether any further details will be released remains to be seen, but hopefully now everyone has been paid and credited what they were due.

Looks like I'll be able to share some of those videos once again! Microsoft and O’Donnell/Salvatori, Inc., are pleased to have amicably resolved their differences.https://t.co/ZLnhFgblr6

Gearbox announces Tales From The Borderlands

Gearbox, the developer behind the Borderlands franchise, has announced that a new Tales From The Borderlands game is currently being worked on and is set to be released before the end of the year.

This sequel will focus on a brand new set of characters and is being developed by Gearbox themselves, with no input from the original game’s developer Telltale Games. It’ll be interesting to see if the new game follows the same structure as the original, which was similar to Telltale’s The Walking Dead and The Wolf Among Us.

Having played and enjoyed the games made by Telltale, it’ll be interesting to see how this new game shapes up.

There are more stories to explore in the #Borderlands universe. An all new Tales from the Borderlands adventure is coming in 2022 from @GearboxOfficial and @2K.

Stay tuned for a full announcement this summer! pic.twitter.com/xsFbRZ5eHo

If you enjoyed this roundup, why not follow us in the other internet hotspots we frequent...