Happy Friday folks. Quiet news week in videogames, right? Let's see if we can rustle something up to talk about...

This week, Super Rare Games, best known for their physical releases of indie games for the Nintendo Switch, have announced their new indie-first publishing label for consoles and PC: Super Rare Originals.

Announced with a batch of 5 indie games being supported by the publisher, Super Rare Originals will continue the ethos of the organisation, "supporting talented indies of all scales" which they are truly passionate about.

I'm a big fan of SRG's work in the indie sector, and own a physical copy of one of my absolute favourite games (Brothers: A Tale of Two Sons) on Nintendo Switch thanks to one of their limited releases.

The first five games announced are:

It's an exciting year ahead for this small team, and I can't wait to see what else they have up their sleeve!

We're happy to announce 5 games (we have more up our sleeve!)

So, the face of the videogame industry has changed drastically this week as it has been announced that Microsoft is to buy Activision Blizzard for a staggering $69 billion. Yes, billion, with a b.

There is so much to unpack with this story, that there is no way I can do it justice in just one roundup post, so I'll highlight a couple of points that came to my mind following the news.

Mobile Gaming
Activision Blizzard comes with a massive sweetener of King. This will be the biggest step into the world of mobile gaming that Microsoft has taken to date, and with the size of King, it's a pretty big step! I have no doubt that the fact they would get King played a part in the decision for Microsoft to try and buy Activision Blizzard. We all know mobile is an ever growing market, and Microsoft has just levelled up in a big way.

Sony
What does this now mean for Sony? Well, off the bat their value dropped massively by $20 billion after the announcement. I'm sure it will bounce back, but it was certainly a big blow to Sony and a shot across the bow. There is arguably no one left the size of Activision Blizzard that Sony can go after as a retaliation to try and keep up with Microsoft. EA are close but probably still not the same level, and whether Sony could even afford it is another matter.

Historically, Sony has won the console war, but the market is increasingly becoming more and more about the IP war, and there is no doubt that Microsoft has really pulled out in front in this regard.  So what do Sony do now? This could potentially have big ramifications for their rumoured plans for a Game Pass competitor. And one has to think, rather than Sony buying another company to try and compete, do they instead buddy up with another big fish to join forces to try and take it to Microsoft. Amazon are already trying their best to get into the game industry with a bunch of projects and obviously their ownership of Twitch. Amazon has the funds, and Sony clearly has the technology and expertise that could supercharge Amazon's gaming aspirations. And hey, let's face it - Sony is as cheap to buy as it has been for an awful long time, if Jeff Bezos fancied it!

Again this is pure speculation, but it's fun to start thinking about what the next moves in the industry could be in response to this massive change in the landscape. 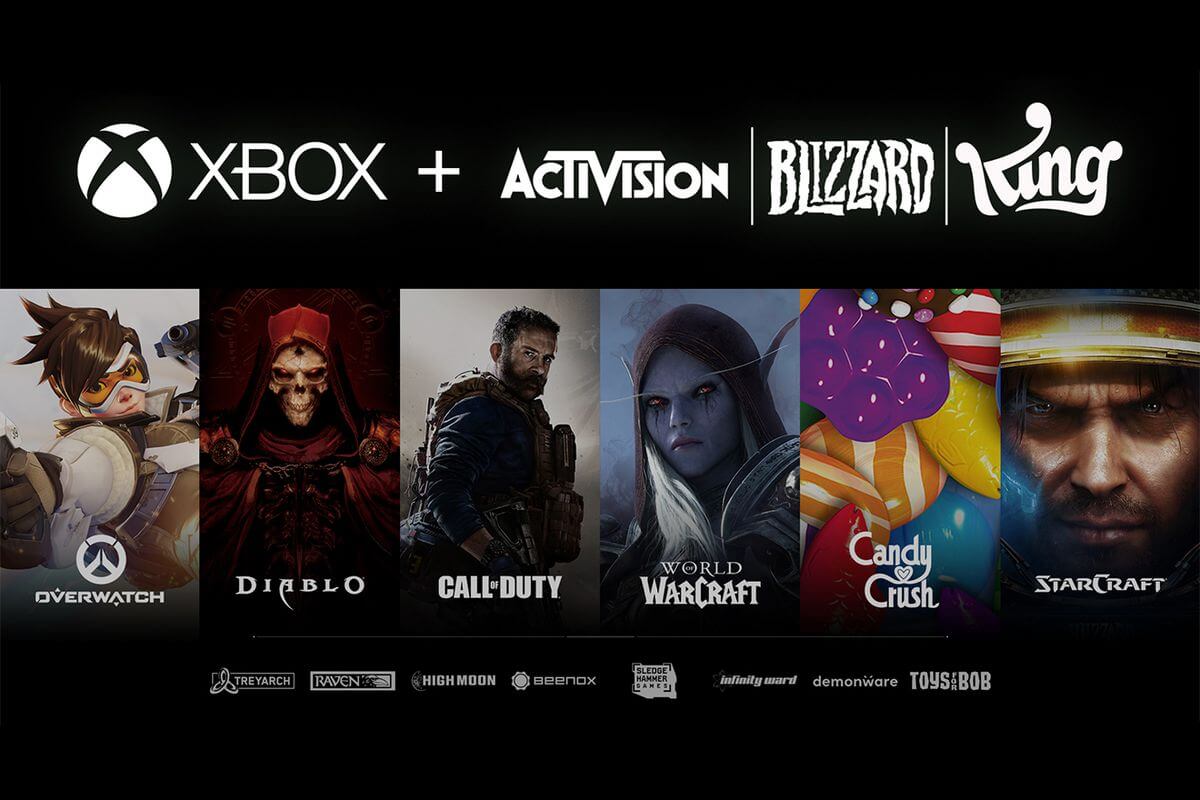 With the ActiBlizz acquisition top of everybody's mind, Phil Spencer has gone on the record about what he intends to do once the ink is dry on this mega deal. My favourite part? Phil wants to make a new Hexen, but wasn't even 100% sure if it was in Activision's portfolio 😂

"I should know this but I think they got Hexen." - Phil Spencer, in an interview with Washington Post

This really illustrates how massive this deal is. Nobody can even keep track of all the games it includes! With hundreds of games now set to hit Game Pass, it raises a lot of questions about the future of the service. Will it become too big, and create a discoverability nightmare for your games? Will indies receive the same attention from Microsoft now that their Game Pass roster will presumably have to find calendar space for big regular franchises like Call of Duty?

One way or another, the way we buy and enjoy games is changing, and this landmark deal is a truly historic moment for the industry. Let's see where the next few years take us... 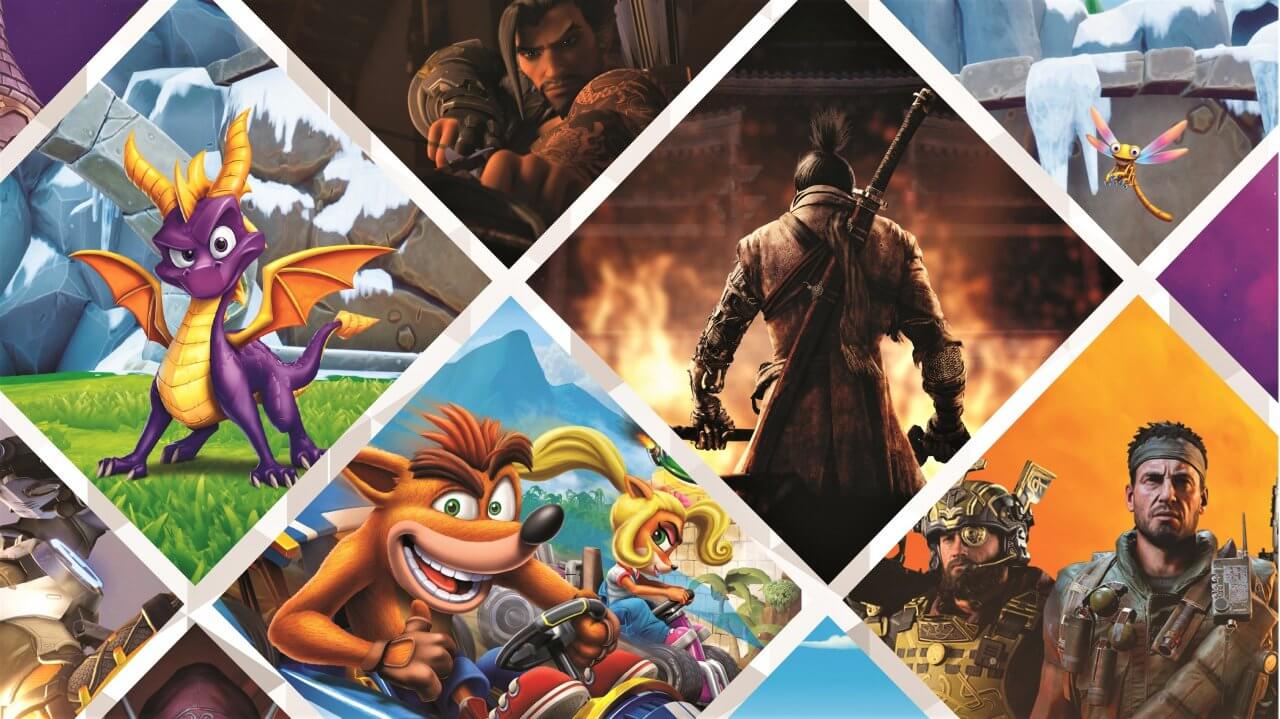 Dan made me aware of Sweet Transit, a new strategy game developed by Ernestas Norvaišas and Team17 coming to Steam Early Access in 2022. The game looks heavily inspired by Transport Tycoon which is one of my all time favourite games. The Twitter account for the game is sharing lots of gameplay videos for the game which fills me with excitement, can't wait to play it.

Passengers waiting for the next @SweetTransit_ video, your content has now arrived. Please ensure you hit 'like' before boarding the train.

It's hard to think of much else beyond the impact of the recent acquisition news this week. But it's worth paying attention to other ripples in the otherwise wild seas of the games industry. One interesting bit of news that caught my eye this week was the creation of another new UK-based publisher, Firestoke.

Formed by Tag Games founder and chairman Paul Farley and Ex Tag and Sony Design Director Omar Halil, Firestoke are set to focus on an interesting niche: "joyful, positive games that do not feature violence".

I'm a big fan of the innovation and originality that comes from the small indie games scene, and throwing out guns and violence is often a hallmark for new experiences. They also have a lovely logo. More info is available over on GI Biz which you can read here.

Speedrunning is cool, right? The dedication needed to learn levels inside out, as well as knowing all the glitches and bugs you can exploit to shave off precious milliseconds during each speedrun attempt. It’s hard enough as it is, but what if you also did it blindfolded?

That’s exactly what speedrunner Mitchriz attempted whilst playing Sekiro: Shadows Die Twice, the 2019 action-adventure developed by FromSoftware. Not only did he accomplish the feat, but he also did it in under two hours. That’s... ridiculous.

With the use of audio clues at every point, Mitchriz knows where he is, which direction he’s facing, kills bosses, and casually picks up items - some of which are just in the middle of nowhere.

This incredible achievement was undertaken as part of this year’s Awesome Games Done Quick, which overall raised $3.4 million for charities, so a huge congratulations to all involved in such a worthy cause.

If you hadn't noticed, here at Etch Play we love talking about all things videogaming, and we do it in various places across the internet. Here is a handy guide where to find us:

Twitch - We have a weekly live show that goes out every Thursday at 4pm. We talk all the latest videogame news, play some games, and have discussions about videogame marketing and other topics that impact on the videogame industry.

Youtube - Missed out live show? Fear not, all our episodes get uploaded here! But that's not all. We also have interviews with industry experts, gameplay videos and plenty of videogames marketing tips.

Twitter - We hang out here and share our latest thoughts and opinions on what's going on in the industry.

Before you go, why not check out yesterdays live show episode where we discussed the Microsoft/Activision news, and tried to talk about game previews and early access while playing The Anacrusis. 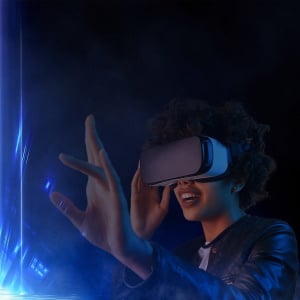 A really useful guide to the metaverse, and the truth about Facebook
15 Feb 2022 - 8 minute read
Hello, and welcome to our latest blog. This one’s about the metaver- wait, come back!
Read more