We're getting fit, tuning in to online events and taking pawns on Twitch in the latest and greatest Etch Play roundup of the week in gaming.

Hello there! If you're looking for some gaming news and opinion in a weekly, easy to digest format, then you've come to the right place. It may not have been as exciting as the PS5 reveal but there's still been plenty to talk about this week, so let's get into it!

Since COVID measures were introduced and we all started spending more time at home, the price and availability of Nintendo Switch consoles (and in particular, Ring Fit Adventure) have been severely impacted. Switch prices on Amazon have risen massively and Ring Fit continues to sell out very quickly whenever stock is replenished, but I managed to bag a Switch + Ring Fit Adventure bundle this week for a good price from an online store.

Does buying a Switch in the same year that I'm probably going to want a new Xbox or PlayStation make financial sense? Not really. But by picking up Ring Fit I feel justified that this is an investment not just in fun, but in my own physical health. Come back next week and find out how my fitness adventure is going! 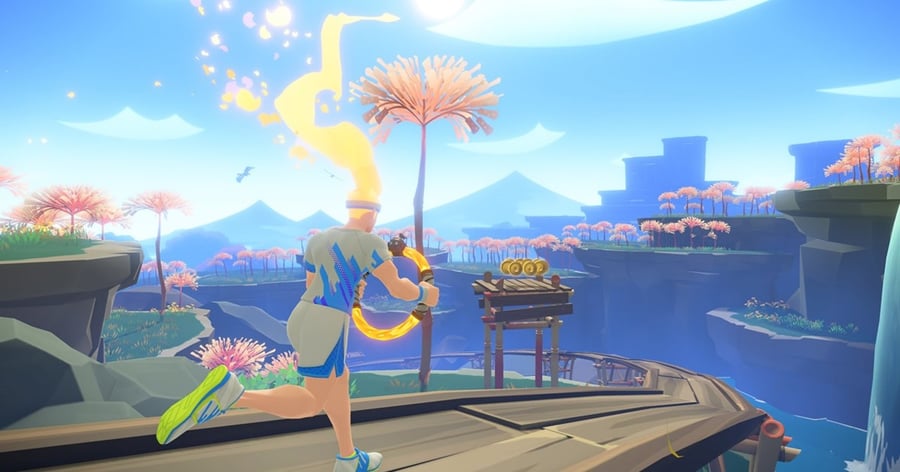 As you may have heard (literally), Twitter has introduced a new feature to allow users to tweet with audio. Currently, this is only available to some users as they are rolling this feature our gradually.

The new option allows users to record themselves for up to 140 second (~2.5 minutes) and tweet it. This could potentially increase engagement, but on the other hand it could be annoying for users like me that want to quickly skim through and only read the interesting tweets.

I hope it finds it's footing and becomes a useful feature, but we'll need to wait a couple of months to see how it gets used.

I've not been playing many video games this week, instead I've been obsessed with chess, of all things. Chess.com have invited 16 Twitch streamers who aren't big chess players to a tournament where they face off against each other for a chance to win their share of a $50,000 prize pool! Some have taken on coaching from chess Grandmasters who also stream on Twitch, and have moved on from their regular stream games to playing chess the majority of the time.

The whole thing has been super well received, making great numbers on both Twitch and YouTube, and while I can't get numbers on how many eyes its put on chess.com, it's definitely got me and my friends to sign up! If you get a chance to tune in, the finals of the tournament are tonight, over on https://twitch.tv/chess. Checkmate!

The FDA in the States have just approved the first prescription video game. That's right, video games can now be medicine! Kids between the age of 8-12 who have ADHD can now be medically prescribed the game EndeavorRX to help with their symptoms. It's a crazy world we live in, and it will be fascinating to see if more games start being used in this way. It should be noted however, that the study that was completed on the game was performed by the doctors who work for the game developer - so, there may be some bias in the results...

This week has been all about events for me, loads going on. Last weekend saw the excellent Guerilla Collective happening which played host to numerous games publishers and studios announcing and showing off their upcoming releases. Thursday was EA's turn with their EA Play Live event (Star Wars: Squadrons 😍) and just kicking off today is Game Dev Days, which is a more developer-focused conference.

It's interesting to see how the global pandemic has impacted the games calendar but encouraging to see the medium further embrace it's already dominant use of digital platforms and reach, to bring the exciting experiences to fans and developers in all corners of the globe. There's too much content to keep on top of but I shall be catching up on what I can over the weekend except for when I'm playing The Last of Us Part II, which has just released to some rave reviews from critics.

You know me - I love a good puzzle game! In this weeks episode of, "Ben finally gets round to playing another game from his Switch backlog", I dived into Agent A: A Puzzle in Disguise from Australian studio Yak & Co.

Taking on the role of Agent A, a secret agent assigned to catch a dangerous enemy spy, you must gather items and solve puzzles to unlock each new area. The art style and spy aesthetic is spot on and there's loads of great humour in there too. Would highly recommend!

That's all for this week. Come back next week for all the latest news, reactions and thoughts on the world of gaming.