All the latest video game news and what we've been playing this week, in one handy roundup. 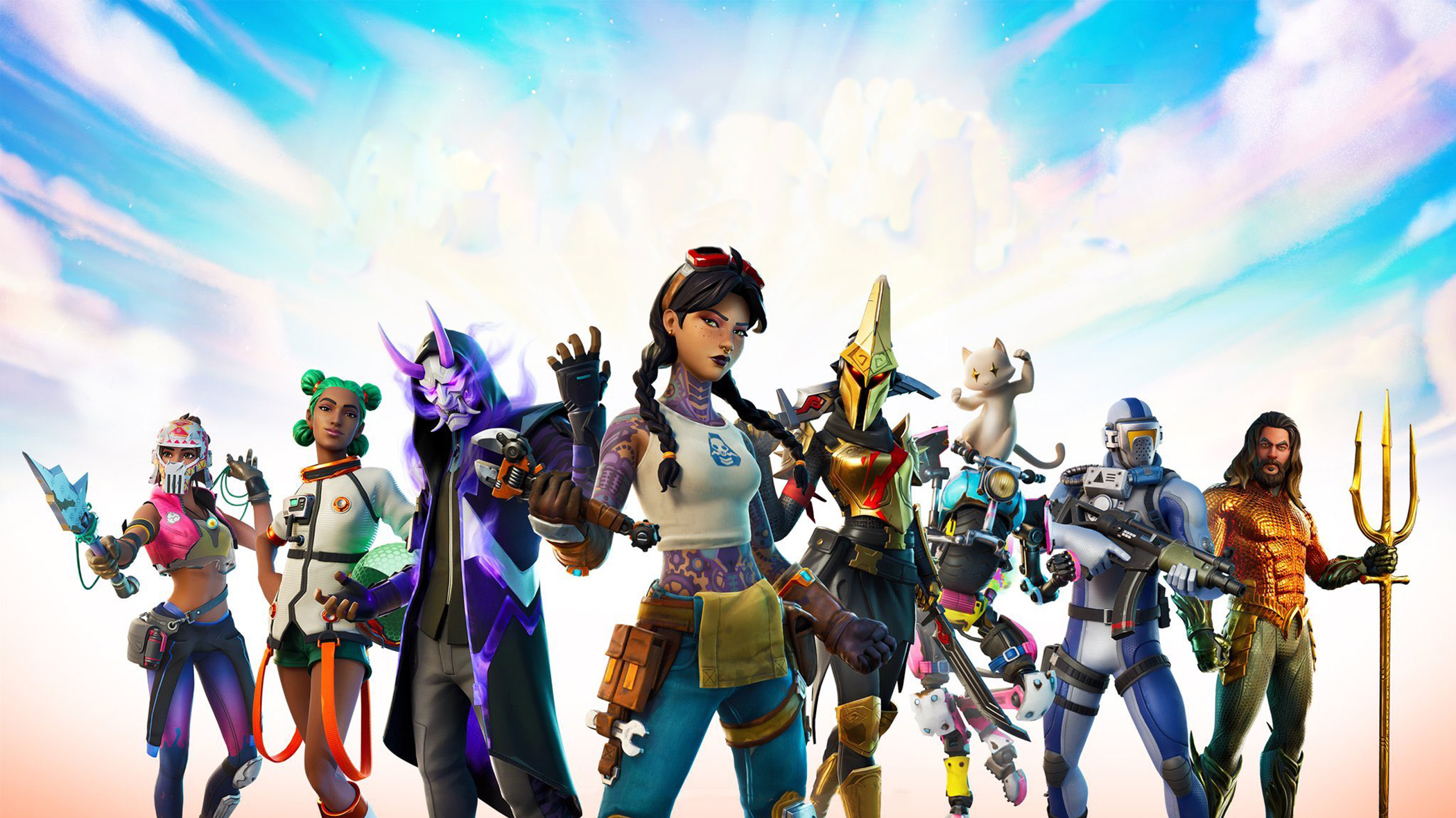 Wow, well this week was a hot one, and I don't just mean the temperature outside. There has been so much going on in the world of gaming, I think we better just dive straight in...

This week saw two massive streamers return on new streaming platforms. Back in June Dr Disrespect was mysteriously banned from Twitch and now he’s returned to streaming on YouTube with over half a million viewers.

Rogue Company was one of the games he played, a free to play multiplayer third person shooter. During the stream he tweeted the game to offer his map design services and they obliged by setting the doc a challenge to send them a design in 24 hours. The Doc stepped up to the challenge, submitting a 2D design of a small symmetrical map named "The Arena",  which was well received by Rogue Company who now want a 3D version by next week. This type of social interaction is great for a game like Rogue Company, giving them massive exposure with the huge audience that accompanies a streamer like Dr Disrespect.

Yesterday saw Shroud also return to streaming on Twitch, after leaving last year for Mixer who announced back in June that they are closing their platform. Shroud pulled in some big numbers, streaming to 2.97 million unique viewers in total, peaking at 516,000 concurrent and averaging over 220,000 for a 7 hour stream.

I pictured an epic return... not quite like this though <3 pic.twitter.com/zRCFAhp7HX

This week I have been playing a little bit more Fall Guys, but the final is still out of reach for me. As well as this I also went ahead and signed up for Game Pass for PC, as the first month was only £1, and then £3.99 a month after that. I'm trying it out almost as a trial run to see if I'll play enough to justify upgrading to a next gen console... Tell us the prices Sony and Microsoft *shakes fist at sky*.

Unfortunately with my laptop not being able to handle much, and a shaky internet connection, I have yet to dive too deep into the catalogue. I have however been enjoying playing Golf with your Friends with Adam and Joe,which I was good at the first time we played. However, since then I am not playing particularly well. I've downloaded Ori and The Blind Forest as I've heard such good things about that so looking forward to giving it a go, and also Sea of Thieves - although I'm not holding out much hope to be able to run that one! 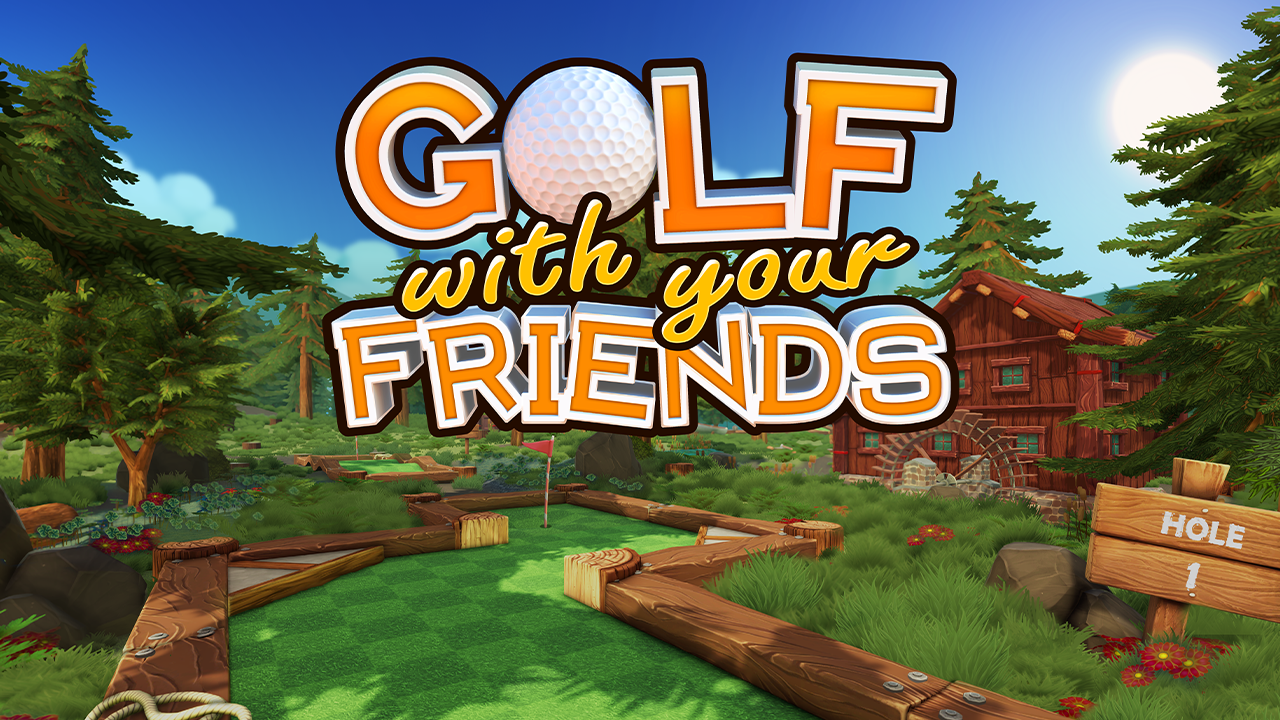 Finally, for anyone who knows me will know that one of my main passions is Rugby League. I am a proud Yorkshireman after all. So when I was excited to see that there is a new Rugby League game in the works. Historically the Rugby League Live series of games have been developed in the Southern Hemisphere, most recently by Big Ant Studios, but they have confirmed they won't be developing this game. I'm looking forward to hearing more about this as it progresses!

This week I came across this video from Marques Brownlee testing Boston Dynamics Robot Dog and I found it very interesting. The video itself covers all aspects of the Robot but the most amazing thing I found in it was the stabilisation which is reacting very quickly to the situation.

Dwarf Fortress was announced for Steam early last year, and while updates haven't been abundant, what they have shown has really made the wait between updates worth it. They posted a new update just yesterday, detailing some of the UI improvements and it's almost night and day in the usability. They've gone from a hard to use text UI to a fully graphical UI with mouse support, it looks awesome! Sadly, there's still no date beyond "When its done", but I hope that comes sooner rather than later.

Mozilla, the organisation behind the Firefox browser, announced this week that due to a decline in revenue caused by COVID-19, it'll be cutting around 250 jobs.

Devs on Twitter reacted with concern after it became clear the entire team behind the MDN (Mozilla Developer Network) Web Docs was being let go. MDN, is around 15 years old and has become the unofficial online repository of information around HTML, JavaScript and CSS for so many.

Mozilla has since said that, "MDN as a website isn't going anywhere right now" as the organisation restructures. Layoffs were made earlier in the year, even before the pandemic, amid a decline in market share for Firefox and a lack of sales for its other subscription products.

It's not an exaggeration to say I use MDN at least once almost every working day. Web devs would be so much worse off if it falls apart. https://t.co/WzBQzvlZaA

Woah, what a week for gaming news, eh? We've been getting more information from the Xbox camp this week, including an official release month for the Series X (November!) and the news that Halo: Infinite is delayed to an unspecified 2021 date. The decision is attributed in part to the ongoing impact of the COVID-19 pandemic on production, and as we've discussed on the roundup before, their recent demo was divisive among fans in terms of the quality on display, which seems likely to have influenced the decision too.

While the team at Microsoft are touting the raw power of the console when playing third party games, and the extensive backwards compatibility options, this comes as a major blow for the launch lineup of the console. It's not the first machine to launch with a slim selection of new, console-exclusive games, but it might now be one of the slimmest. At time of writing, only The Medium (due in December) seems to be slated for the so-called launch window.


Older gamers and fact fans may know that previous contenders for the title of least new games at launch include the N64 (which only launched with Mario 64 and Pilotwings) and the ill-fated Atari 5200 (which only launched with updated versions of Atari 2600 games, namely Super Breakout, Galaxian, and Space Invaders). Time will tell whether the XSX turns out to be more like the former or the latter!

Elsewhere in the world of Xbox, a packaging leak has confirmed the worst kept secret in the industry: the Xbox Series S. The idea is that this console will offer a cheaper alternative to the presumably pricey Series X. Expect to see more news about this affordable option later this month.

Another absolutely crazy week of news for the games industry with loads drawing my attention. My extreme hype for a new Rocksteady Game tease at the end of last week feels like months ago, with all the Fall Guys fun and drama (I'm at two wins for those wondering), Paradox and Embracer (parent company of our friends and client Deep Silver/Koch Media) posting record financials and new acquisitions, and lots of news from Microsoft as covered by Adam and everything else mentioned above.

However, the week has been topped with some huge shots fired by Fortnite creator Epic Games who have taken aim at both Apple AND Google by taking legal action after being de-listed from both the App and Play stores. Fortnite is the worlds highest grossing video game at the moment and is played by millions of players across all major platforms including mobile. Since launch on mobile, Epic have taken issue with app store revenue share percentages and have taken action to circumvent the platform holders cut, which has been the catalyst for such drastic action from Apple and Google.

The latest move by Epic has been a campaign titled #FreeFortnite, including a video which was broadcasted to millions of players in-game, calling out 1984-esque behaviour. A call to arms of sorts, to the entire Fortnite audience.

Whilst I'm very much reaching for the popcorn as all this industry drama unfolds, I can't help but feel for the most impacted party in all this big business back and forth: the audience. People just want to play games, have fun and connect with each other 🤷‍♂️

Epic taking aim at Apple AND Google for removing #fortnite from the App/Play Storeshttps://t.co/nKJhNdPEBs

"Big business" getting in the way of young people having fun and connecting with friends, especially during lockdown, is a rough deal for players.

And breathe. Once again, we are over and out for another week. We'll be back next Friday with another roundup of what I'm sure will be a bumper week in the world of video games. If you can't wait until then, we have been releasing plenty of videos over on our YouTube channel that you can go and enjoy, chat to us on Twitter, or come watch us play some games over on Twitch.