It's July! And we're still here, highlighting and commenting on some of the biggest things happening in the world of videogames. Let's dive right in, shall we?

It's been a big week for acquisitions, particularly for Sony Interactive Entertainment who have announced that they've picked up Housemarque (who've had a hit this year with Returnal) and Nixxes Software, bringing their total number of studios to 14. The last couple of years has seen Sony's rival Microsoft expand rapidly, so in some ways this feels like a response to that - but it's also a sign of how the market is operating more broadly. Companies with lots of cash in the bank are all expected to be looking at investing in companies, for a better return than they'll get on other kinds of investment or interest as financial markets react to the world beginning to emerge from the pandemic. Some of the big names across the industry including Tencent and EA have made significant investments already in recent months.

Perhaps the big acquisition story this week is who Sony didn't acquire... Yet. When announcing the Housemarque deal, the Twitter account for PlayStation Japan accidentally included an image which welcomed Bluepoint Studios (creators of the Demon's Souls reboot for PS5) to the PlayStation studios family, rather than Housemarque. Cue speculation! Since then, Bluepoint have gone to some lengths to stress that they are and remain an independent studio but... Can there really be smoke without fire? I suppose the next few weeks will tell.

I've been on a bit of a narrative binge lately. Firstly, I've been playing through Tell Me Why, the latest episodic story game from Life Is Strange developer DONTNOD. Tell Me Why sees you playing as Twins, Tyler and Alyson, who have a near-mystical connection that helps you understand their unusual and troubled past set in a small town in Alaska. The game tackles some sensitive subject matter including mental health, estranged families, death and life experiences as a trans person. It's a great demonstration of the ability for games to help you empathise with scenarios that might be unfamiliar for many, and it's a good step towards better representation in entertainment experiences.

In addition, I've finally dived into The Dark Pictures Anthology by Supermassive Games, starting with the first title "Man of Medan". My plan is to do a catch-up binge, hoping to be ready for the next release, House of Ashes, later this year. Supermassive's signature cinematic approach to storytelling shines bright in The Dark Pictures with every corner unveiling a new, carefully-composited angle on the unfolding horror story (and setting up just the right amount of artistically cued up jump-scares). There are a few horror-averse members of the Play team... So naturally, I'm pushing for them to do a livestream soon!

Last week Mario Golf: Super Rush was released, very timely on the day after my birthday. Thankfully my brother knows me very well and got me a copy! I was really excited when this game was announced because over the course (no pun intended) of my life I have sunk a lot of hours into Mario Golf on the N64.

With Super Rush, new game modes have been brought in on top of just regular golf play. And they are hectic! Speed golf requires you to balance taking enough time to hit a good shot, but also being able to get running after your ball as quickly as possible, whilst avoiding your other opponents attempts to slow you down. Or you can be more aggressive, and go after them. I've played against AI and online, and it really is a lot of fun. There is also a Battle Golf mode, where you need to essentially capture a set number of flags quicker than your opponents in an arena environment, whilst avoiding a number of obstacles along the way.

Nintendo have said there will be free updates to add more content into the game, so I'm looking forward to that. Despite my slight disappointment at a few characters from the N64 game not making the roster, I have been really enjoying this fresh new take so far.

This one is hot off the presses this week! Popular mod portal Nexus Mods has changed their policy on mod deletion and retention. Users can no longer delete their mods from the site completely, but merely archive the mods - so they are still accessible if users know direct links to get them. I think that this is actually an awesome change. I'm a big fan of all data preservation, and when you're dealing with something like this where dependencies could end up being deleted (Anybody remember left-pad?), stuff being patched up is a great thing to see.

Nexus mods are aware not everybody might share my wide-eyed optimism here, so they are granting creators a grace period for the next month to completely remove their mods if they wish, but after that everything will be archived. If you want to read the actual article and not my ramblings on it, head on over to their blog... After finishing this round up, of course!

One of my favourite PS4 games is getting a director’s cut! The open-world samurai epic, Ghost of Tsushima was released last year and was already packed with content, but the new edition adds in a whole new island for players to explore. It also includes other really cool features such as full Japanese voice lip-syncing, and will make use of the Dualsense’s haptic feedback and adaptive triggers on PS5. I did everything there was to do in the original game, so I’m glad I now have an excuse to go back to it.

Looking for more? Wow, okay. Luckily for you, we have lots of interesting blogs and a YouTube channel jam-packed full of interviews, gameplay, and episodes of our weekly talk show where we talk about the games industry in detail. Here's the latest episode if you want to jump right in....

The show is live on Twitch every Thursday at 4PM UK time. We're also on Twitter, LinkedIn and even TikTok. Come and say hi. And if you're back around these parts next week, we'll have another roundup ready for you. See ya later! 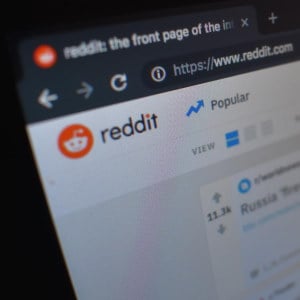