In this week's roundup we're looking at Sims Highschool, a game that isn't delayed, AI and human generated artwork, and more!

No delay for God of War: Ragnarok

Most weeks when we cover the news, there's at least one game delay in the mix. Games get delayed all the time. So, here's a new one: A game we thought was going to be delayed, actually isn't!

Everyone (including me) thought God of War: Ragnarok had quietly slipped into 2023. But yesterday, Cory Barlog of Sony Santa Monica replied to someone on Twitter, stressing that the much-anticipated sequel has not been delayed.

Fans were expecting to hear more about the game yesterday (June 30th) but other that Barlog's tweet, no further details have been officially released yet. Further details are expected imminently, so watch this space! 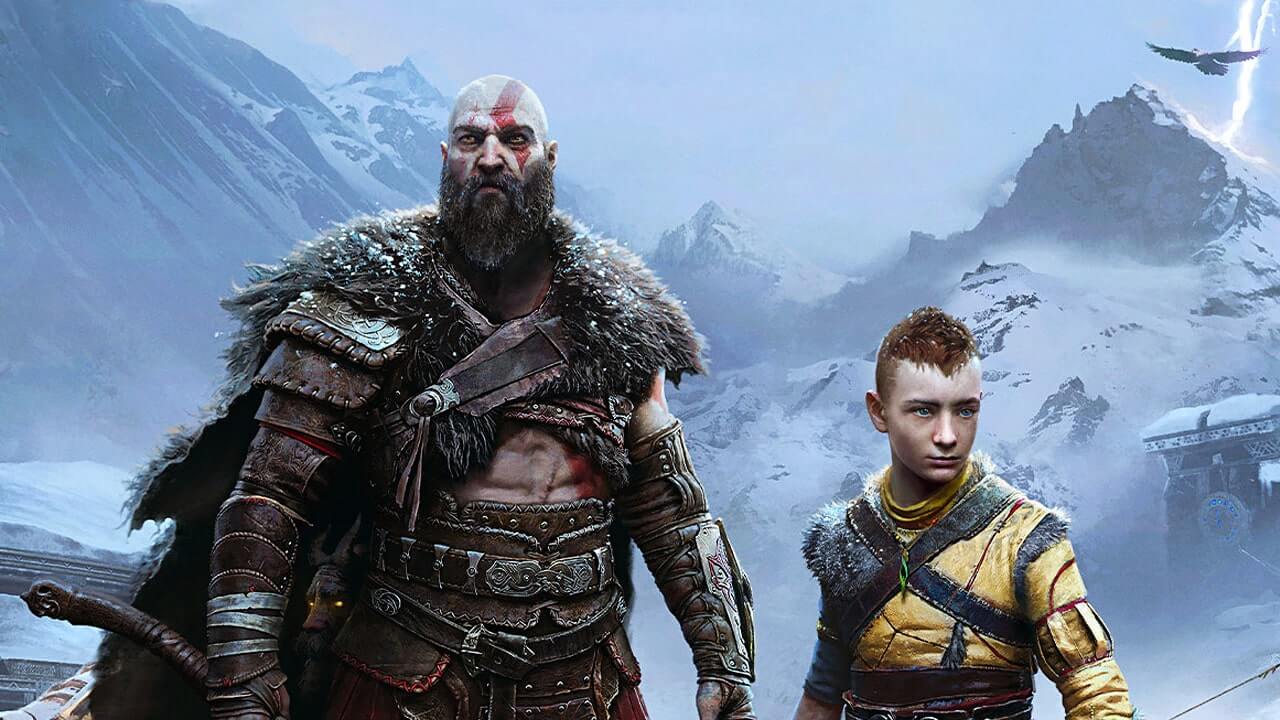 I'm back with some Sims news - and this week it's a big one! The Sims have a brand new expansion on the horizon: High School Years.

The new expansion will focus on adding more fun to the teen life stage in the form of high school, where Sims can attend class, take exams, join after-school clubs and even attend Prom!

As a big fan of all the University expansions in The Sims to date (Sims 2 University will always have a special place in my heart), I am super duper excited to get this expansion and get my Sims to experience the stereotypical Hollywood high-school of my childhood dreams.

High School Years is coming out on July 28th, in addition to a free update introducing body hair and grooming to the base game.

This week, I have been having some fun with generative AI tool, Midjourney. Midjourney is a toolkit delivered in the form of a Discord bot, to which you can pose thoughts of imagery you might "imagine".For example:Imagine... "terrifying my little pony" yields the following masterpiece:

Aside from the ability to create surprisingly high fidelity artwork based on almost any description, the tool does demonstrate an interesting inflection point in AI tooling. Arguably, something such as Midjourney is not a million miles off performing a similar role to that of a concept artist. At least, it's an opportunity for extremely early rapid idea exploration that might previously have required significant amount of work hours. The question then becomes how far away are we from fully modelled and rigged 3D characters and scenes being achievable by AI?

In today's tech world obsessed with web3, metaverses and crypto, to me, this feels like a more significant technological advancement. Why not peer down the rabbit hole by checking out the #midjourney hashtag on Twitter and decide for yourself...

AI image generators are all the rage right now. You may have seen some of Play team boss Dan Thomas’ recent tweets showing off the capabilities of Midjourney AI.

The technology is impressive and the fact that a machine can produce such quality results in a short amount of time is crazy. But, for my contribution to the roundup this week I wanted to focus on art created by non-artificial intelligence: humans.

So, please enjoy the art of veteran concept artist and illustrator Jay Kim.

This week, I am so, so, so excited. The first skate 4 gameplay trailer has been announced... Albeit not the best looking as it's in "pre-pre-pre-alpha". This a classic series from my school days being revived. Riding a BMX back at school, kicking it at the skate park where there's a boombox playing, Monster cans cracking, and that one kid that's always snaking everyone out and ending up on his face. Skaters and BMX'ers always had love for each other. skate really brings all of those memories back. I can't wait to get my hands on this.

An interesting approach by EA, showing the game in such a bare bones mechanical showcase. But I think I speak for skate players when I say... Who cares? The fact that there's another skate coming out is enough for me.

EA have also announced that they will be taking closed beta sign ups. Although no start date has been given, so you maybe waiting a while to get in. Why wouldn't you want to be apart of this? I've already signed up.  Just note the closed beta testing will be available on PC via origin.

This week an Xbox app has launched for Samsung TV's, which allows users to cloud stream games without the need for an Xbox console. This has been made available in 27 countries, so has widespread reach (well for those who own a 2022 Smart Samsung TV).

This of course doesn't mean you get the benefit of owning an Xbox for completely no cost. You will still need an Xbox Game Pass subscription to be able to play the games. However, at ~£11 a month, that's a considerably smaller investment than layering a £500 cost of a Series X on top.

Not all games on Game Pass have the ability to be cloud streamed, but there is an ever growing number that are, so people taking up this option certainly won't be going short.

It's an interesting development, and I'm curious to see where this goes in the coming years, as ultimately there could become a point where consoles may start to become redundant. And if nothing else, it demonstrates that Microsoft are putting an awful lot of stock in the subscription element of their gaming business...