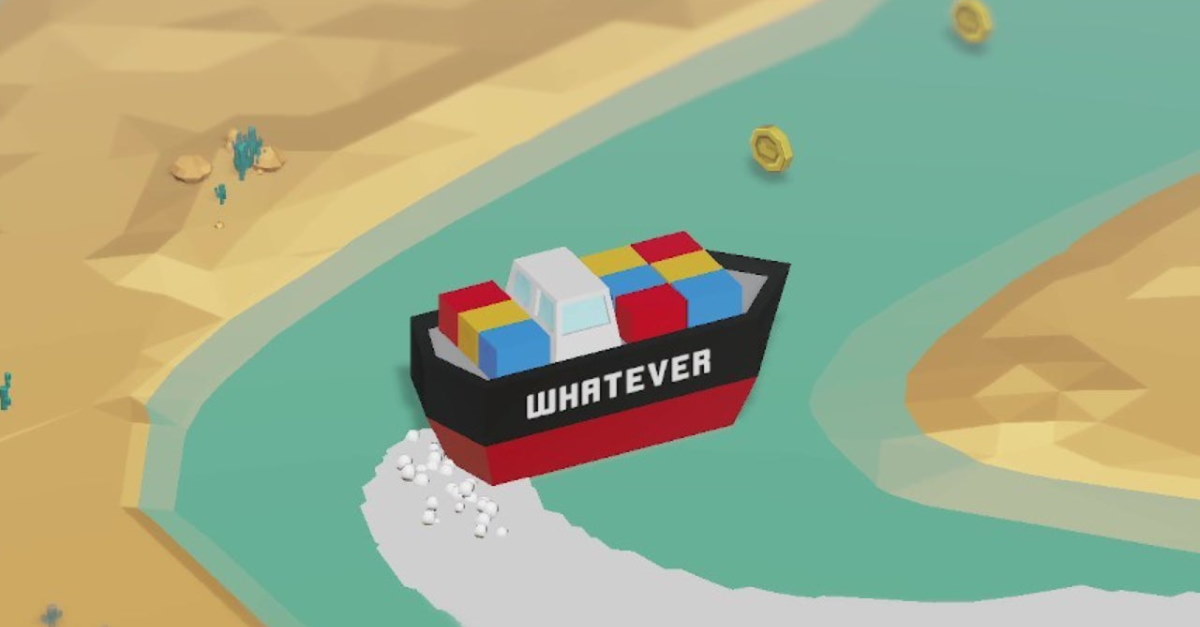 Well well well... If it isn't September. Holy crap you guys, it's September! Here's some interesting news from this week in the world of games.

This week, a number of streamers went on strike to protest Twitch's handling of harassment and abuse on the platform.  There are no easy answers to complicated problems like online harassment, but most agree that services like Twitch need to do more to protect marginalised streamers from so called "hate raids" and attacks.

Streamlabs, the creators of a popular computer program used for streaming, announced 'Safe Mode' this week, which feels like a step in the right direction. Here's hoping that all the companies involved continue to look for ways to enact positive change.

Click the link below to learn how you can guard your stream against harmful content: https://t.co/yWyiJwKVi0 pic.twitter.com/GccUVLBaao

Back in March one of the biggest pieces of news in the world was that a cargo ship was stuck in the Suez canal for 10 days, blocking hundreds of other vessels from passing through. 6 months later, you can now test your own ship piloting skills with Whatever, developed by Napas Torteeka.

You'll be put at the helm of a ship named "Whatever" and battling against various challenges like wind, whirlpools and dinosaurs by the looks of it. This is the first game the developer has built in 15 years and it looks great, challenging and a lot of fun. "Whatever" hasn't been released yet but an early access version should be coming in late September so keep your eyes peeled!

Crowdfunding is a great way to try and generate funding for your game. And, it can certainly be effective according to the latest report published by Kickstarter. According to their latest research,  649 video games projects were submitted in the first half of 2021, compared to 588 for the same time period in 2020. During this period, over $13million has been raised across these projects, to give budding game developers a shot at getting their game made.

Gaming is very much driven by communities, and it's great to see that the trend is going up for crowdfunding in games.

We often talk about "the extended experience" here at Etch Play: The idea that games franchises can extend their impact beyond the boundaries of the core gameplay experience through other mediums and channels. Taking this view to cinema, similar examples can be seen with beloved movie forays into the world of video games.

Historically, this has been attempted to questionable degrees of consistent success, but more recent efforts show an upward trajectory for quality experiences. Film and TV giant Metro-Goldwyn-Mayer appear to be subscribing to this trend with an announcement of an increased focus on video game content for it's premium IP in the future. Titles mentioned include James Bond, Legally Blonde, Pink Panther, Addams Family, Rocky, Creed, Robocop, Stargate and Vikings: Valhalla. I'm already on board with whatever Hitman developer IO Interactive are doing with James Bond, so I'm keen to see what else comes of this exploration.

Find out more at GIBiz.

If you’re a kid living in China and enjoy playing video games, the amount of time you can do that online over a weekend is about to be drastically reduced. A new rule is being introduced that would mean children under the age of 18 would be allowed a maximum of three hours of online gaming per week.

China’s online watchdog, The National Press and Publication Administration (NPPA), is looking to curb what the government feels is a growing “gaming addiction among young people.

”Enforcement of the rule is going to be up to China’s gaming companies, like Tencent and NetEase, who are being asked to “strictly implement” registration and login systems that require the use of a player’s real name.

That's all the news we're sharing here today, but look, you want more? We've got more. This week on our blog we're talking about how to be good at Reddit, and over on our Twitch account we've been celebrating the one year anniversary of our weekly live show. You can watch the latest episode below.